Loose Ends, Swiping at other peoples fun, hey try this at home

PDF
Okay so I'm doing my head in at the moment with my compulsive stimulationist tampering.
The home game I was trying to make all the hitpoint scale slower because healing was faster but I'm just confusing myself and it's kinda cruel to be doing to my players, this being their first role playing game, and I'm changing the rules in the background all the time.

Also the planescape hack happening on g+ , I'm trying to think how size works, and putting in a size stat and it gives damage resistance for big creatures and for small creatures it adds to armour class.
And then adds to damage inflicting by big creatures. But then should I make it increase the damage to small creatures? I'm leaning toward just making it a hit point penalty. But reduce damage inflicted by them as well?

(the good question to ask yourself when you start disappearing down this rabbit hole, is "Does having these rules make for fun "tactical" decisions? And fun being negated here by looking things up, excess number crunching, and/or slower game play" In this case... I don't know. Yes/ no /maybe? arghh?)

I'll give an example:

A large squirrel (the size of a child) is size -1. This means they get +1 to armour class.
But should they also get -1 per hit dice and /or damage? Is it dumb to write it as -1?

A  ogre is size +1. This means it has damage resistance 5 (size 2 would d.r 10 see the post on Climbing on things and Stabbing them in their stupid face), inflicts an additional +1 to damage, and touch attacks get +1 to hit it.

The question here is why am I bothering?
I don't know, it just bugs me if I don't have some weird internal consistency with stimulation mechanics. Like it does not have to be realistic, at all, it just needs some internal logic, no matter how twisted.
I was much much much worse about this as a kid. Like I would get so irate at  stuff like race as class mechanics and stuff.
(I actually kind like race as class as a streamlined piece of world building, like "oh you can play a piggy man, they are from the fire swamp and you have these abilitys from both your physical attributes as a piggy man and growing up warring with the plague gnomes and eluding the Glibber Ballooners)
Which was weird because most of the games we ran in would have very little use of the mechanics but for some reason they had to be there and they had to Make Sense.
Kids are stupid.
This was the height of "If you make a serious game, you have to be very serious and detailed and realistic" zeitgeist I think. Ie white wolf, rolemaster etc.
Now it kinda seems like to make a serious game it's all about narrative flow and doing one thing and  themes and stuff and respecting the genre and extra-diegetic mechanics.

Which I'm surprised I'm not more into, as:

So with this in mind , I though I would be more favourable to "storygames" (a loose, contentious, grouping).
But the ones I tried to read, I could barely make sense of them, and the ones I got through , appeared completely unplayable to me, personally. Also Apocalypse World "pick a name" thing?
I am 100 % hostile to this. Like I have heard reasons and had intelligent discussions about it but shit I just think it's the stupidest thing ever.
I am incapable of taking it seriously and it's pointless to try and talk me about it because I'm just going to be a complete child about it and call you a stupid head. Because it's stupid.

Also attempting to enforce narrative techniques that are stupid is stupid. Like joker immunity or the main character not dying half way through the book, or something.
Stuff that writers keep doing because it's really hard to make stories interesting without resorting to these. Or so your editor will tell you. Stuff like this,  roleplaying games should not have to have because they get around them by having you not just having to sit there and listen/read the thing.
Also? A story where the main character completely fails to stop the bad guy, and the other main character dies off screen and the bad guy gets hit by a car randomly but does not die is awesome. It's called No Country for Old Man and it is awesome. Also Ian Banks , and a metric shit tonne of other works that did not bow to narrative convention.

I'm sure people are having fun right now with these systems. It's a matter of taste innit? And like all matters of taste people get all name cally about it. Like people who I like like Nick Cave and the Bad Seeds. I do not like them and will threaten you with violence if you ever try and play them in my presence. (Sorry Jack Shear, Jez Gordon. I could be all neutral about describing Nick Caves music, but I am human and have a emotional reaction to it, and this emotional reaction is that its the FUCKING WORST THING EVER but at the same time it's a matter of taste. 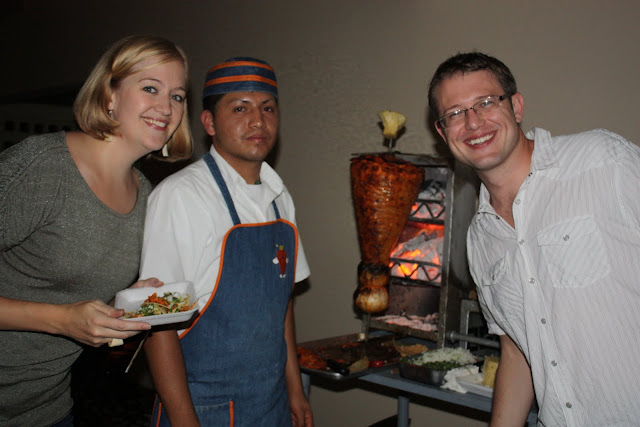 Okay back to my original thing I was talking about

I was gonna make a token swipe at claw/claw/bite attacks because of reasons and then talk about how getting nailed by bizarre arbitrary rule artifacts is actually part of the fun of FLAILSNAILS d and d I am discovering and there is certain meaning to be discovered by mediating on this. Your character thrust into unknown worlds, completely unsuspecting of how the laws of physics are going to turn on them.
You , the player discovering that the g.m likes all the stuff you hate and now you are trying to remember how descending armour class, save or die etc works because surprise.
It is like life. Arbitrary, meaningless and cruel , but so much so it becomes a slap stick farce, and there in lies the lesson.

ANYWAY HERE'S A THING I'M USING INSTEAD OF SAVE OR DIE AND I LIKE IT
I use stat checks for near everything in my games. A saving throw against a death ray would be a con check.
It is modified by the level difference between the death rayee and the death rayed. (i.e a 1st level guy zapped by a 10 level death rayist would be making there check at -9) . They then take a 1d6 con damage modified by how much they succeed or failed that rule. Say that unfortunate above has 11  < WHOA I screwed the math here big time >con, and failed their check by 16 (they rolled a 18). They now take 1d6+11 con damage.
If they had 11 con , it's effectively 2 (because of the level difference) , so rolling an 18 means they failed by 16, so they would be taking a 1d6+16 con damage.

Being reduced to zero con is death of course. Petrification works but with dexterity , zero dex means you are now a lawn ornament. Why I like have this fine/maimed/dead system of killing people rather than a either / or system of  killing people? I'm not sure. I think I just like death to be the result of more than one roll. MYSTERY. OR do I like to tamper for the sake of tampering? DOUBLE MYSTERY


OTHER THING I'M CURRENTLY USING AND LIKING
making a list of everything that happens in the surrounding area (in this case a city) after each game session, for the next 4 or  5 game sessions, (in the rare event of no player interference ) . Then hinting about what also happened "Meanwhile" via newspaper headings. (it's a modern setting, and yes , some  of the newspaper headings are red herrings).
I'm liking this because if players wander into a random area I can have a good idea of what cool  things could be happening, and if they don't I have clear idea on how the game world is going to change around them.