A break in the silence to show some photos:

The Mothership zine(?) I got commissioned to write is very close to release. That's me holding on to the test print . It's got some stuff that needs correcting before it can go live, but probably about month away? It was kinda of nightmare from start to finish? It's me doing a take on shadowrun but trying to be less tolkien , more "new-weird", less cyberpunk 1980 and more cyberpunk 2019.

Well , I say "2019" but it felt like every 3 months I would hear about some new fresh way the internet and modern technology were being alarming , so the longer it went without release , the more glaring the absence of <rpgified version of current alarming problem>.
I think I'm extremely fair from being able to accurately capture the current zeitgeist anyhow so it's basically a grab bag of weird spins on weird niche problems. Actually there's nothing about touch screens being shit in there. Fuck I should've included that.  I've managed to avoid having a touch screen phone for so long and now I have one and I don't think I've ever done anything on it without it feeling awkward and difficult. I guess if that next gen haptic feedback the switch doesn't use and the ps5 was trying to impress people about with, if that takes off maybe they can make a touch screen phone that's mimics pressing a button with a 95% accuracy.

Which sounds good but imagine typing a keyboard where 1 in 20 taps doesn't do anything. That's fucking touch screens.

Anyway , it's for Mothership but it's a zine so it assumes you will just pick out the bits you like and ignore the rest, so you should just do that. Also Mothership just had a kickstarter for a 2nd edition and this is written for 1st edition. No worries.

Oh it's just going straight to print on demand, likely just Peecho as I found a cheaper + better quality softcover option on there than at lulu. So no kickstarter, you'll just be able to buy the thing.

If people turn out to like it a lot and get a lot of use out of it, yet want it expanded upon and updated for mothership 2, potentially a new book could be created using the kickstarter model.

However I don't plan on going to that trouble unless its obvious how the new book can fulfil a need or function that this release doesn't manage to.

The pdf of it was going to have some extra functionalities like hyperlinking but like much else about this project , that had fallen through , and it's just going to have the bare minimum for a pdf.
But the good news is that means it will be available at a price suitable for a no-thrills pdf zine, i.e pay-what-you-want. 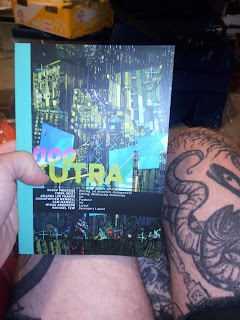 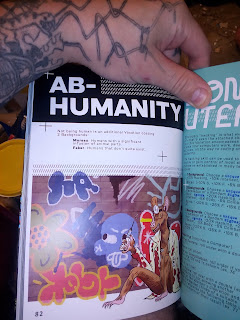 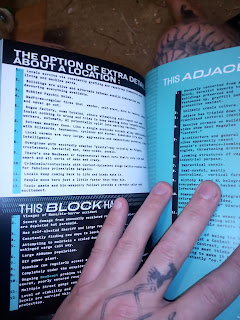 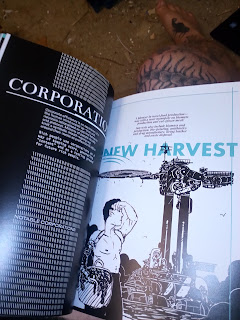 Anyway I've been messing about making small scale things, being making a lot of modular d&d terrain that will be featured in a huge photo post at some point.

But I also made a Leucrotta using wire form , knead-it, coffee lids and construction adhesive. 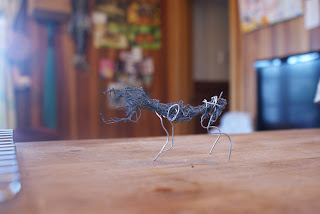 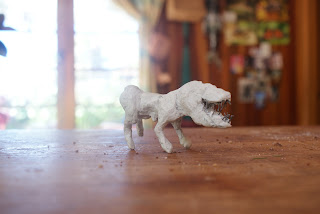 Decided to change the head, sorry I didn't document about 5 steps between above and below. 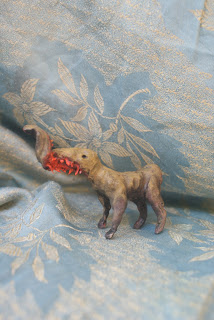 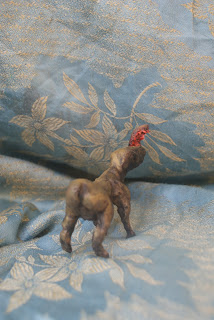 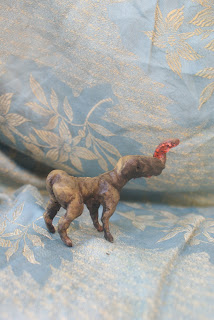 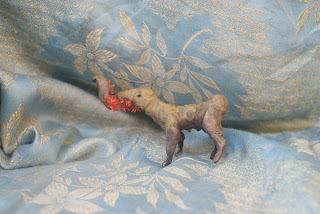