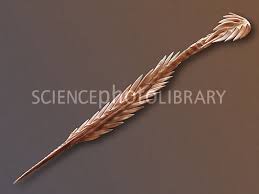 "Pick an artifact from the old DMG 1e Gygax thing.  Rewrite it - make it good."

Artifacts are almost an "artifact" themselves by now, i.e something that's still there because it was there at the start.

The nature of the label of them suggests a categorization and standardisation somehow of magical items that is annoying.

The original dungeon master guide had this bizarreness with each artifact having its entry listing it's powers as 1 of I , 3 of II 10 of III.
Each letter referred to a list of powers , and then the d.m would make their selection and write it in the space provided in their entry.
This was so players couldn't ever know what the artifact exactly did , without stealing the d.m's copy of the dmg.
It meant that none of the artifacts had much in the way of themed powers and was overall pretty goofy.

Am I going to rewrite one? No, I don't like any of them enough.

For artifact to be a useful categorical distinction from magic items then we need to think about how magic items work first.

If magical items are common , then the world needs to super weird to make that interesting, and the magical items more weird. Like everyone have rings of flying is bad, but everyone have pig-balloons is good and inflatable pig technology being part of the setting.

So what would make an artifact in that setting? It would need to be powered by something super rare and the rarity be part of the setting. The last works of the gods, alien leakage, the unravelling of the space itself etc.

If magical items are rare , then they would benefit greatly from having the lore of the artifacts anyway, This is the Sword of the Great Betrayer, These are Teeth of The Moon Eater etc.
So  would artifacts risk just being the upper scale of magic items, which is fine, but artifact then is a looser term?

Make artifacts do one thing that seems like a complete cheat, the rules of the game are broken or atleast warped greatly.

THE LENS
it's apparently a retina from some kind of early beings, of great size. It's used by replacing the top of your skull with it , it's about that size .
Once this is done the possesser can cast anyone elses spells, depleting them from their reserves. Anyone they can see or are otherwise reasonably sure of their position can be used in this way.
Unfortunately the possesser can no longer undertake any task which would require a roll to succeed. They must use magic or automatically fail it.

THE HAND
You assign all targets of attacks (within normal range of the attacks) . However any attacks that are directed at you (and not assigned else where) automatically hit .

However must always accept a fair wager

THE SKIN
no longer suffer damage, don't have hitpoints anymore.
but can't change at all. Always the same mood, can't get exp or lose levels, don't get more or less hungry or thirsty, no long term memory.

THE DOVE
don’t roll to hit anymore , just hit them , but must keep fighting until all participants in a combat  are slain

Posted by scrap princess at 18:29 No comments: