Might break up the formula for this series for a bit , I was becoming frustrated with trying to find the line between "just highlighting what's there" and what is a good amount of expansion. 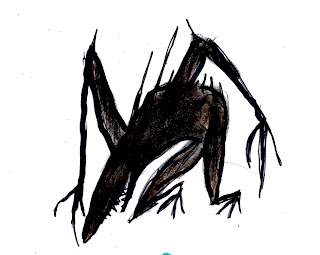 Nasty , pointy , malignities.  Skulk out from the shadows cast by an innocent life . What please them is riddles and gold , but suffering most.

5 Lost Things They Know The Location Of

1. The Ever-Traitor Sword Ujulla , a sword that will slay anything if used in an attack of betray. It will of course betray the user inevitably , but delayable if the wielder sates it with treachery after treachery.

2.A Jar of grains from a time previous, where the moon, and  not the sun,  was the source of subsistence to all that is green and growing. They will germinate and grew into strange crops capable of feeding anything that requires something other than food to survive.

3.Time's mercy, who cast it away so they could do their duty. Now in the possession of the nameless god of forgetfulness, kept somewhere in their ever expanding library.

4.The puckered omphalos scar left by the umbilical cord used to bring the world to life.

5.The Atalantean Brain Crown that commanded their architectural armies of coral and blight. 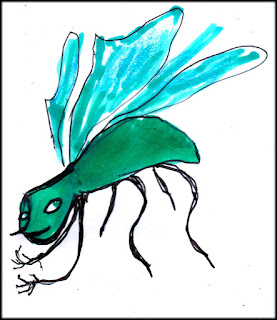 5  gatherings of society in which their guidance would be the difference between fortune and dire ruin.

1. The Feast of The Star Eaters. When a star goes out  its meat is a feast for certain great beings of shadow and all their attendants and parasites.

2. Mermaid Prom. Whose ascendance is the source of red tides before and hence.

3.League of Insect Nations. Domains are negotiated, grudges and food chains debated, pestilences assigned, sizes granted.Various arthropods are also in attendance but  no mammal has managed the paperwork as yet.

4. Fungal Court. Deep in the rotten heart of the earth, each of the entropy lords plays against the other. The gameboard the great legal work that dictates the properties of matter. To eavesdrop here is be an ear to the great words of undoing and witness the loopholes and make-dos that hold the world together.

5. The Theatre of Cruelty in which the poet duelists of hell cut the souls out of each other. An appreciative audience could gain the patronhood of one of these psychosurgical artists or discretely gather a writhing soul sliver.

Posted by scrap princess at 18:59 No comments: