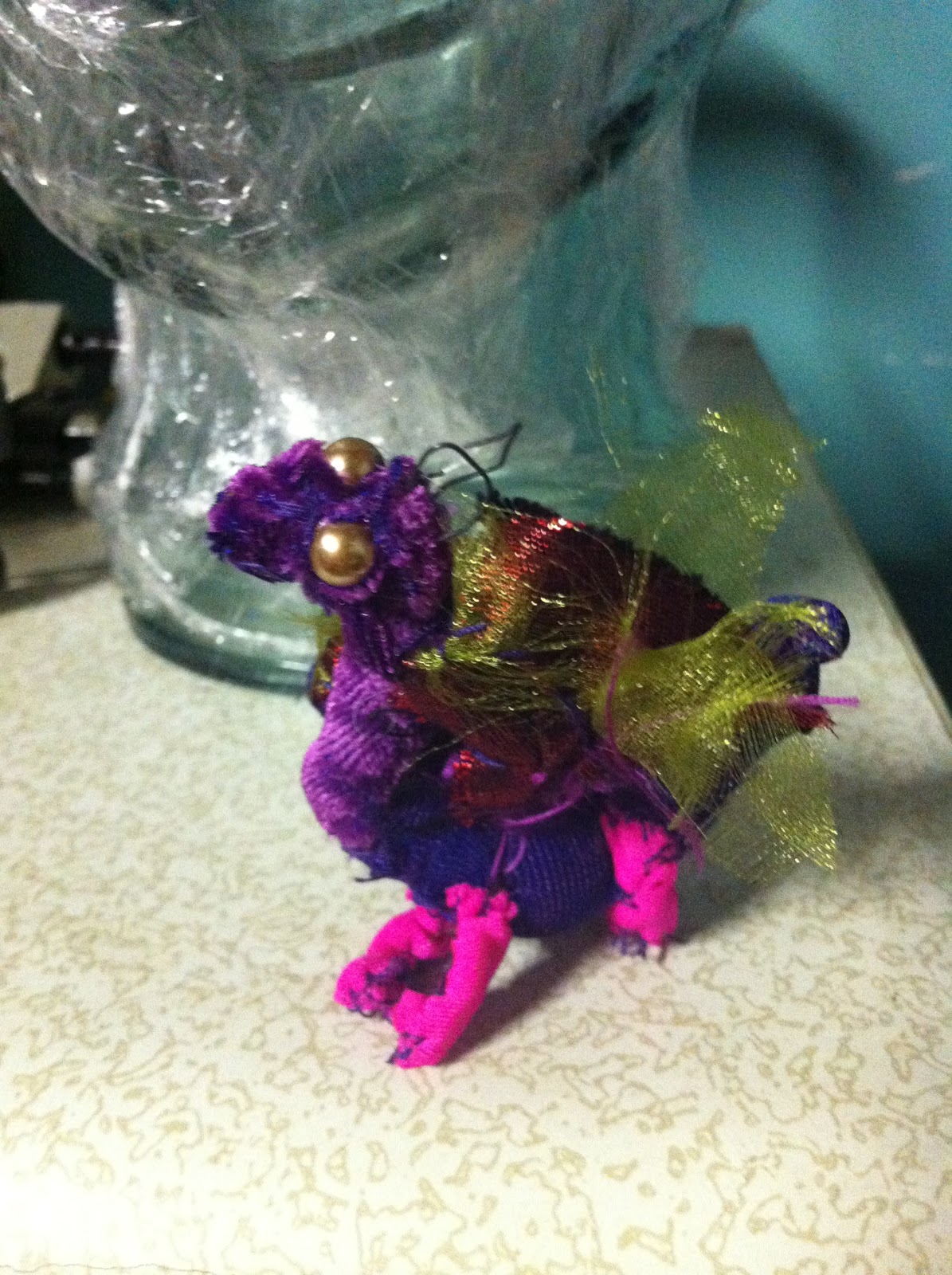 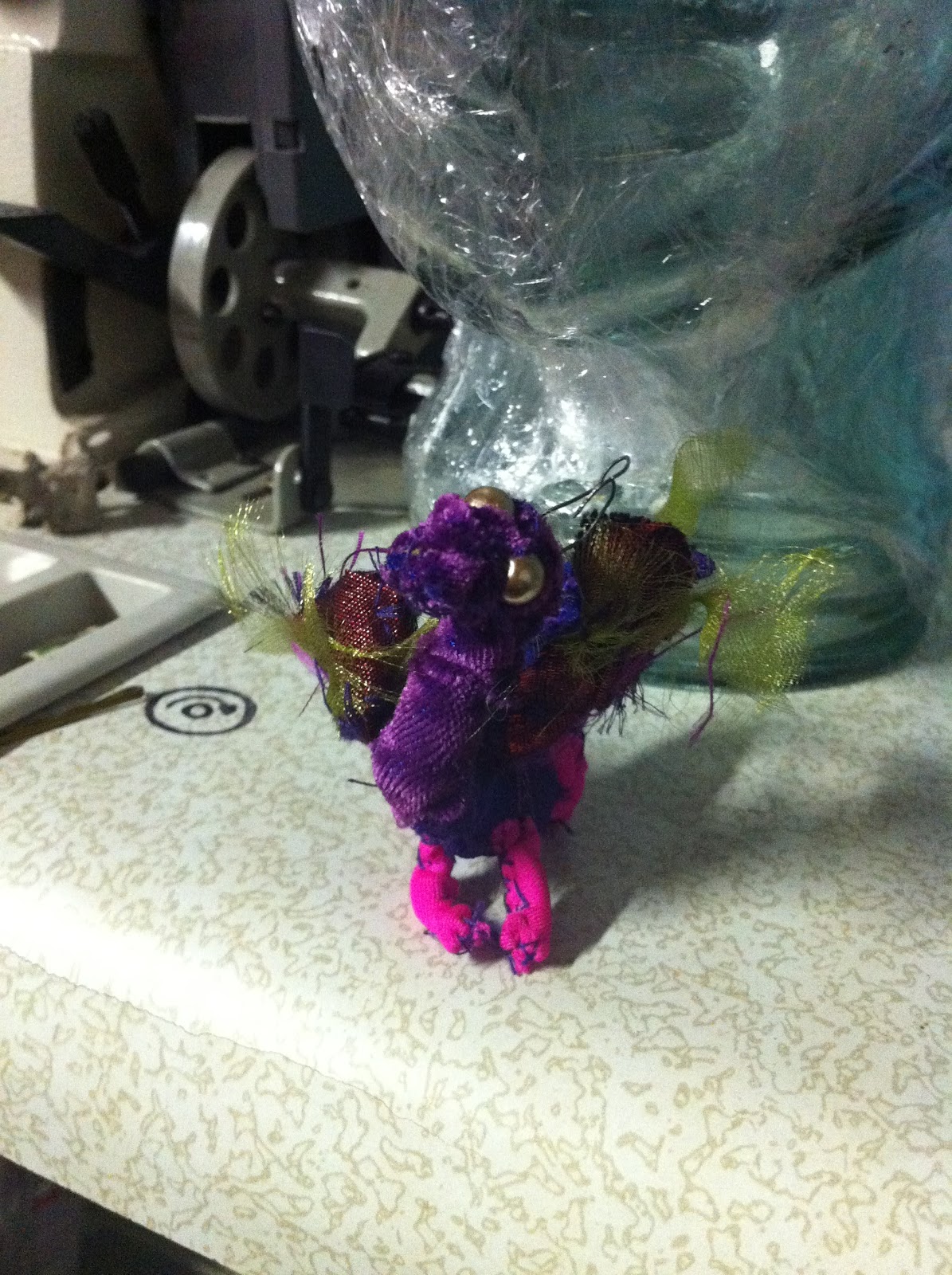 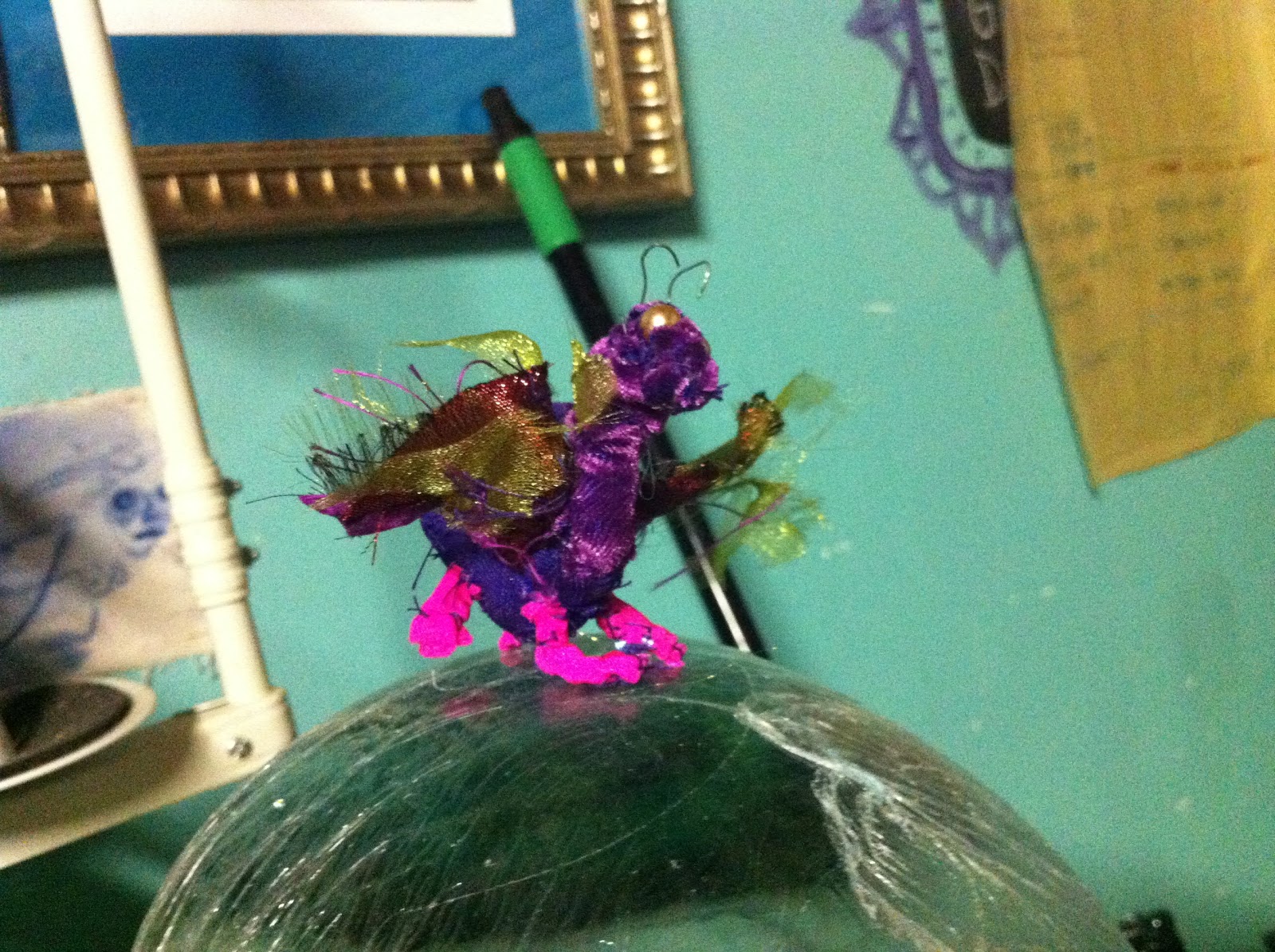 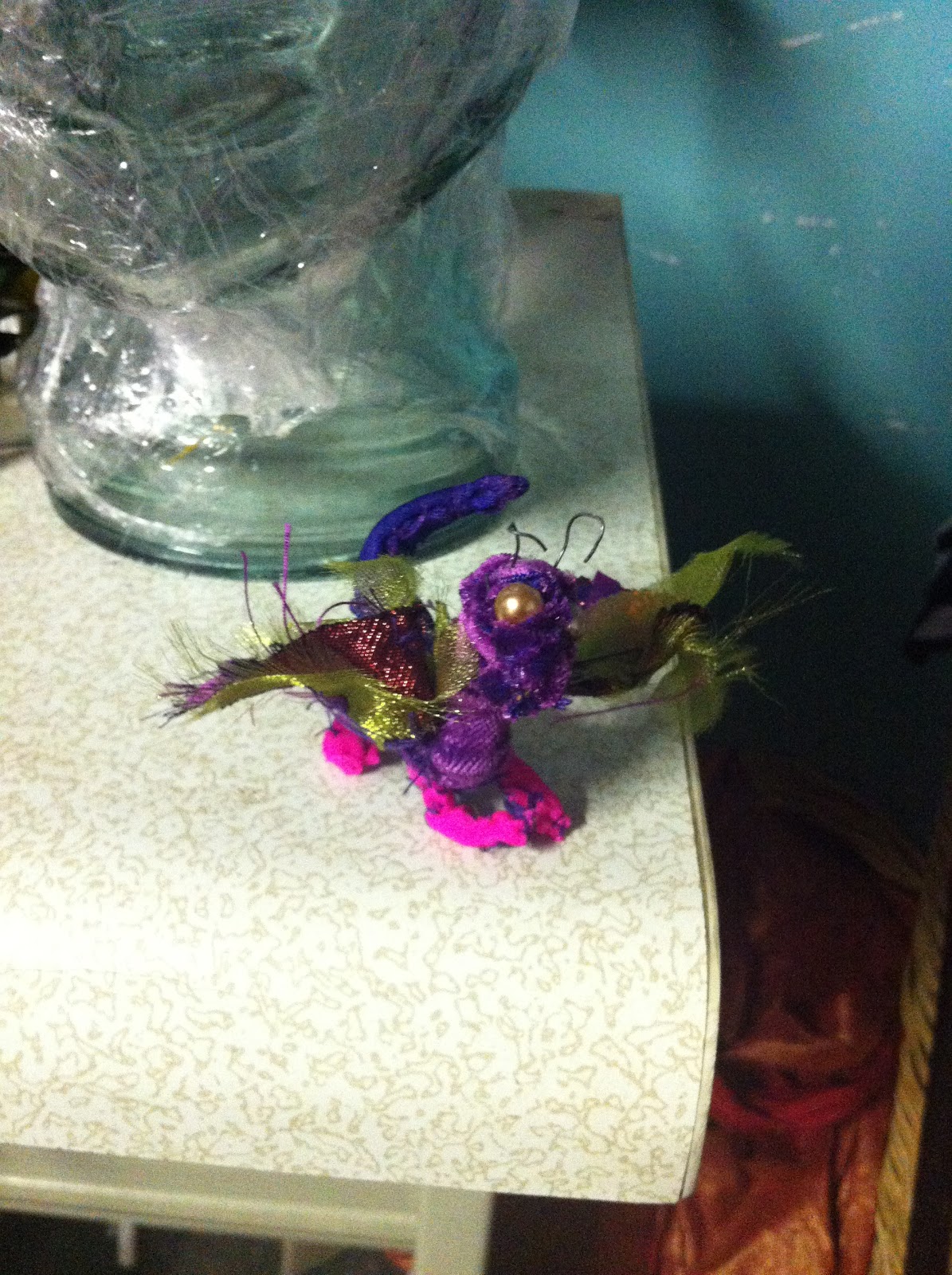 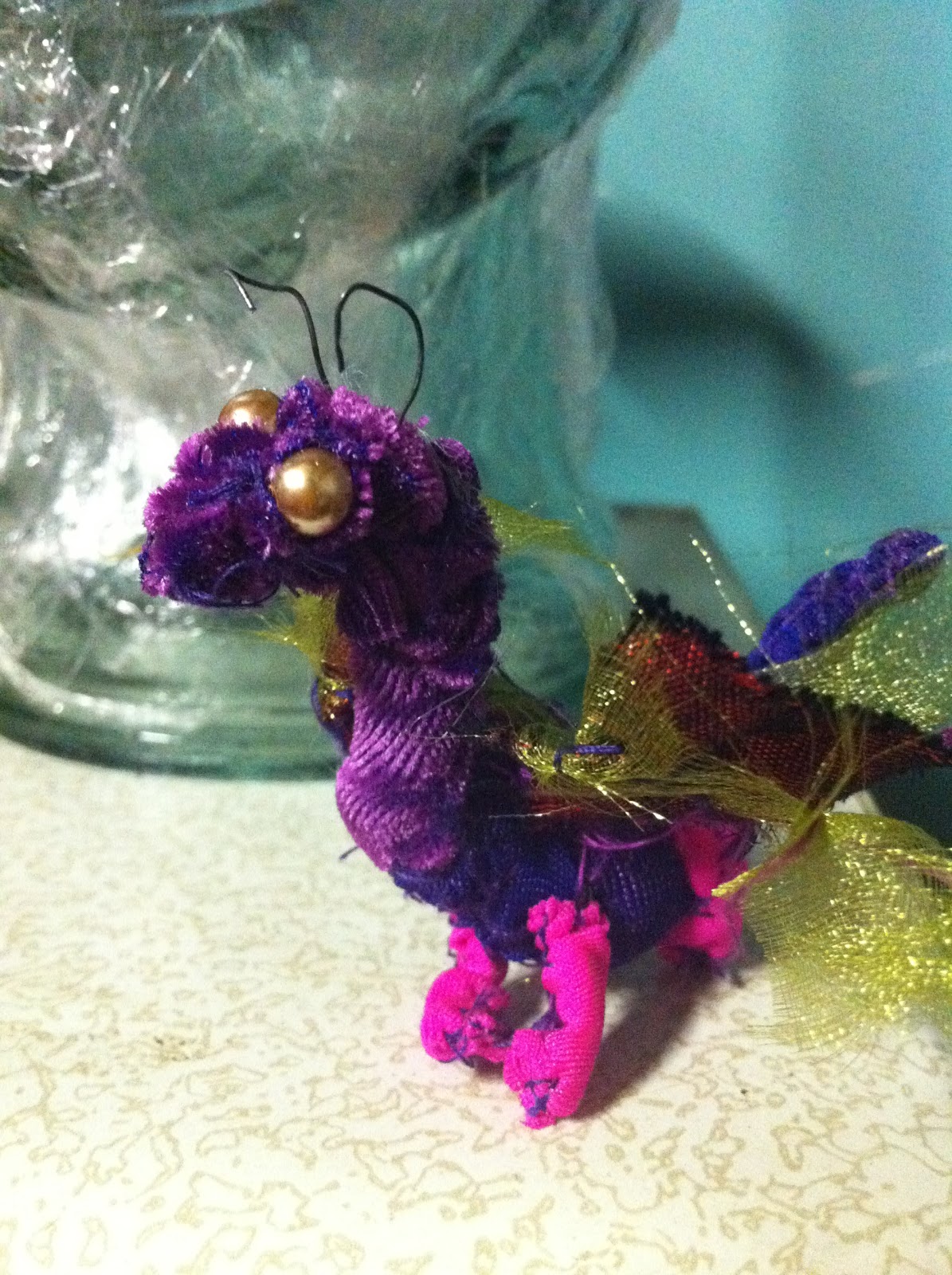 Posted by scrap princess at 05:29 No comments:

PDF Was gonna include this idea with a bigger post about some drop die urban terrains ideas for use with the Slum Golem, but figured I could just do a quick post on it to keep things happening around here.

So you draw up your basic dungeon map , then get a bigger piece of paper , cut a hole in it equivalent to the range of the light source of the party, stick that on top of the dungeon map and move it around where the party is. Makes it more cave like without having to explain where the party is every 5 minutes and still makes it hard to find your way out again if you have not being paying attention.
Coz I normally draw a brief map of the area the party which is great for communicating "oh you are in a cave and there's a little grotto over there and a right hand turn and a pool over to the left" really quickly but is losing something I feel that it's actually quite ( and potentially interesting) deal to be in a unfamiliar environment , let alone a hazardous one and one where you can only see a little amount  at a time.
Posted by scrap princess at 21:26 8 comments:

PDF
Shit, a lot of time just went past without me posting. I blame Santicore , moving house and going to melbourne. OKay 2 of those have not happened yet, but I've been thinking about them so that's nearly the same. Also home game, and.. I'm not sure what I have been doing the last 2 or 3 weeks. HUH.
I gotta half finished flail snail, which was going to be a hand puppet but it's not working out so I'm just gonna make it non-hand insertion flail snail and then get started again on an hand puppet flail snail.
Okay here's some golem's for y'all 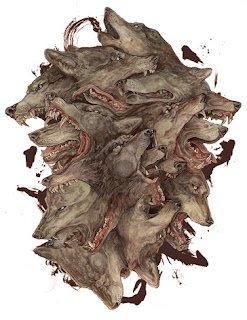 WolfHeads Golem:
THis is a golem made from wolf heads. It rolls towards you in a snapping snarling broil of lupine chaos. It causes Fear as the spell and can howl inflicting a hold person effect effecting anyone who hears it and is more than 300 metres away. If on a surface softer than stone (or if it inflicts more than 10 points of damage in a round) , it regenerates 3 hit points per round by devouring the material its on and vomiting up more wolf heads.
The crucial step in the rituals require to make it involves severing the heads off 12 werewolves , reducing the rest of their bodies to slurry , throw the heads into this mix, and seal it off. The resulting regeneration , starvation,  cannibalism and autophagy will from the base material of your wolfshead golem. 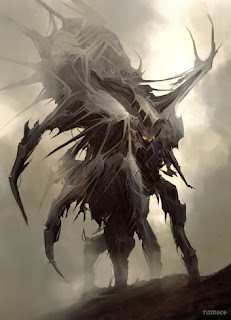 Spider Hive Golem:
This is an ominous striding abomination  of chitin, legs and fang. It's also filled with spiders.
To make one stuff a giant spider with its own young, randomly dispensing domination, insect swarm enlarge, polymorph and haste spells on them. The selling points of this golem is it can Spiderclimb as the spell, can repair itself via its internal spiders (providing the spiders have access to bone, chitin, metal or pottery to patch up the holes) and it can poison the very ground it walks on. 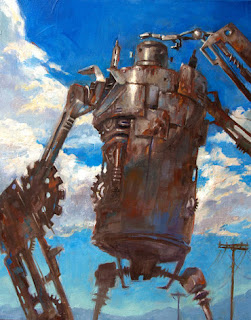 Obsolescence  Golem:
This could be mistaken for badly constructed and maintained  iron golem.
It is not. It is constructed from machines, weapons and tools that have fallen out of favour and use. It has a breathe attack as an iron golem, but inflicting Rusting (as a Rust Monster) instead of death.
The main thing to know about it is it takes no damage from any crafted weapon more advanced than the ones used in its construction. 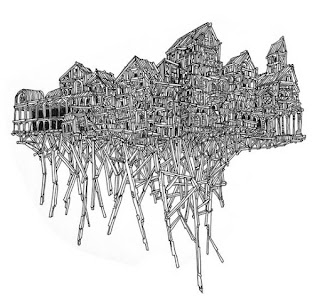 Slum Golem:
This golem is crafted from the despair and human misery as much as the physical parts of the slums.
The golem is created by casting and performing the rituals in a suitable area, the wizard need not craft the body themselves. The golem can be primed for a future event or trigger before rising up like a long centipede of splinted beam, white wash and glass. The occupants of the building are not absorbed into it but need to make there own way out, risking being crushed by the golems internal movements.
As it teeters on its assigned mission it leaves randomly Symbols of Despair (in the form of graffiti) , and stinking clouds.

Due its size and capacity to absorb more materials to replace damage done to it, it is very hard to destroy. One  sure fire way is to erase its name, which is written on the inside of it somewhere. This requires delving through the shifting mazes of assimilated derelict housing. Due to the raw magics lurching through it , it is infested with lost ghosts , giant rats, angry miscarriages, and violent trash heaps.

NOW FOR SOME PICTURES: