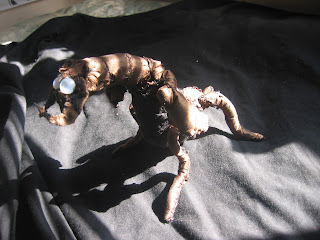 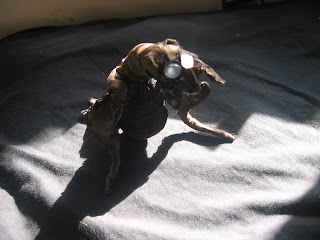 but here is the ankheg with its pretty pearly eyes. I made the front legs far more like a mole crickets forelegs than in standard depiction.
Axebeak, I don't know how happy I am with the axebeak, I made it way big and wanted something far more sleek and unusual looking than a stocky dire cassowary looking thing. Its pretty cute though and I was expect to be surprised by the final result. Otherwise I'm not having fun. 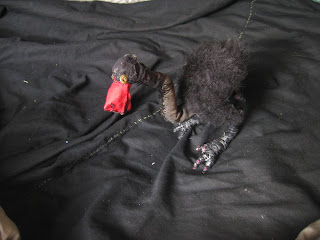 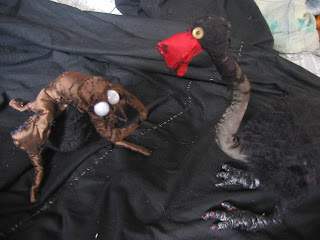 See? Big damn bird. I don't know how that happened.
Has such an endearing expression though so it makes the grade.
Looking at it now makes me think of all the possible interpretations of the axebeak concept, like giving them ridiculous head feathers, or making them freakishly long and skinny or absurdly coloured like a flamingo so its all the more jarring when they come charging your way out for head meat.
Cassowarys  are responsible for an alarmingly high amount of attacks on zoo keepers, and I'm thinking that (other than that they have no discernible expression and kick at kick height with dagger length claws) because they look so damn stupid they don't get taken serious as you would a large predatory cat.
Apparently people in yellowstone park don't take bears seriously. There was a story about a couple smearing jam on their kids face so they could get an adorable photo of a bear licking the jam of the kids face.
Sadly (?) I can't find a reliable confirmation  of it though.
I can't remember what's next. Basilisk and that super rhino I think.
Feel free to comment on what monster you would prefer to see made next.
Posted by scrap princess at 19:36 1 comment: 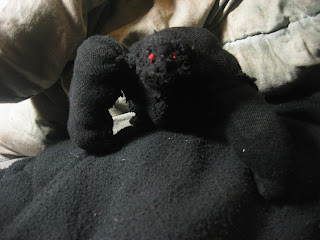 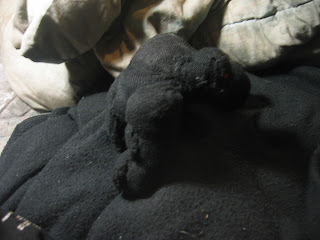 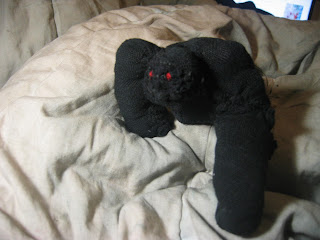 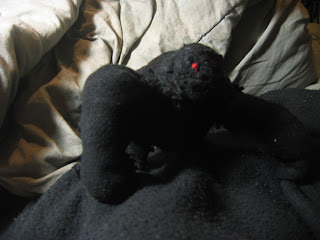 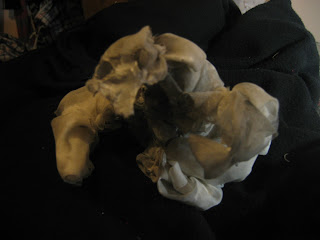 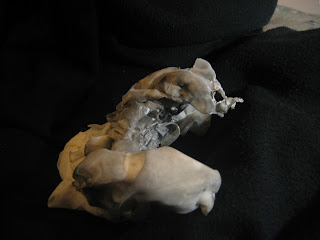 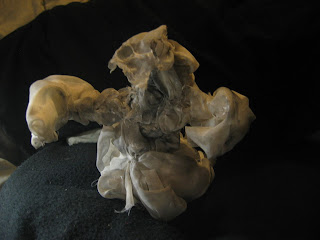 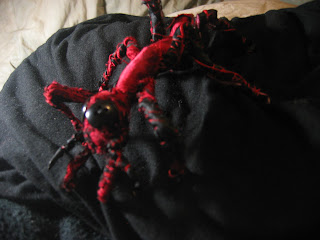 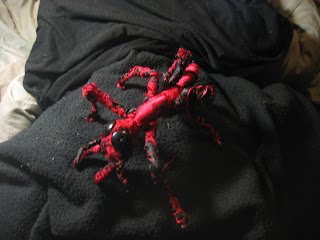 
Yes, my camera is a piece of Baluchitherium coprolite. Apology's.
Posted by scrap princess at 04:22 No comments:

the photos what are better 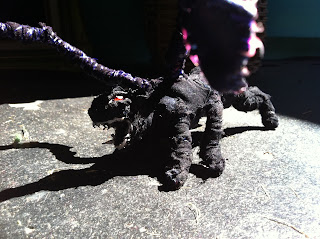 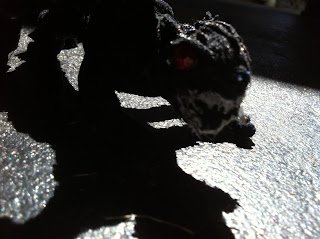 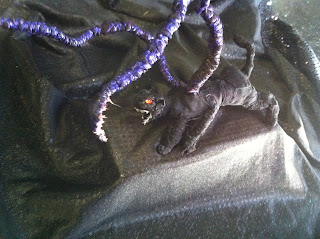 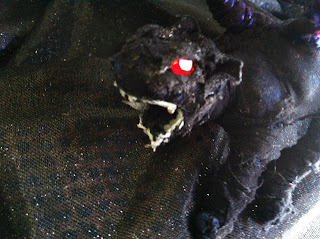 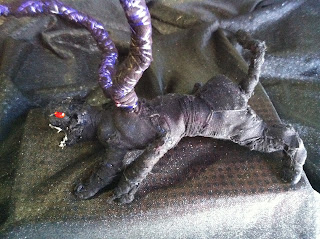 AND BEHOLD! THE BEHOLDER! 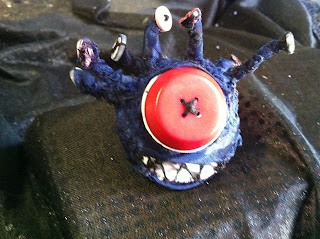 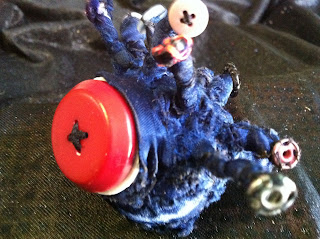 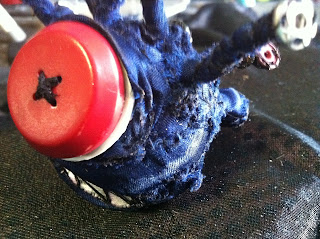 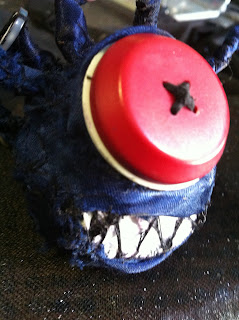 So aerial servant and ape,giant should be done by the end of week. 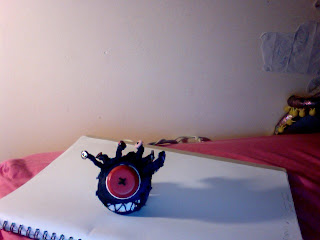 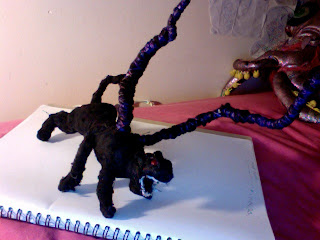 Posted by scrap princess at 07:31 No comments: