PDF  MURDER IN THE DARK

I asked for some fantasy races people wanted me to speculate some weapons for and numerous Veins Of The Earth cultures came up.

And funnily enough I had done some sketches for some spitting balling an EON ago. 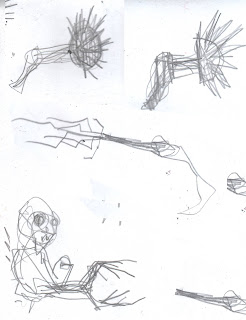 FEELING KNIFE:
It's the knife with the creepy antenna fingers.
I think it stabbed you in the feelings as well as the meat and could feel out your thoughts about it 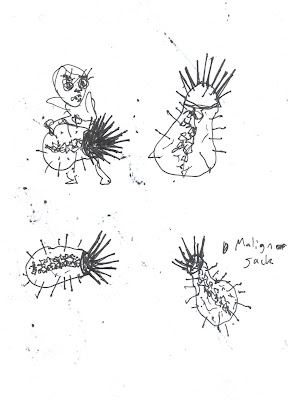 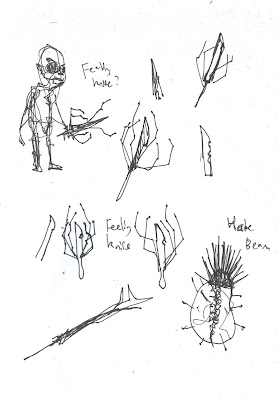 HATE BEAN/MALIGN SACK:
This was human spine cord with the brain partially replaced with skull cup of knives. It shot hate at people I guess? I think it did something better than that like it pumped self destructive intrusive thoughts and suicidal impulses into you? 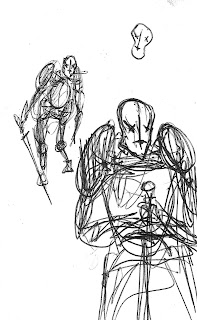 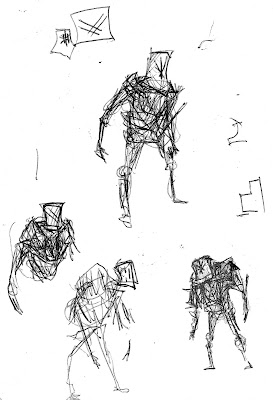 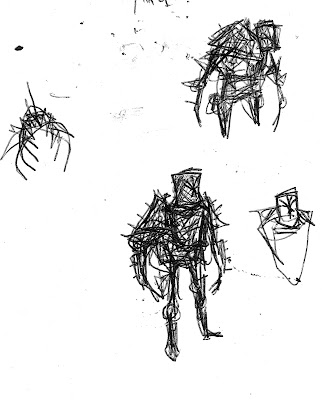 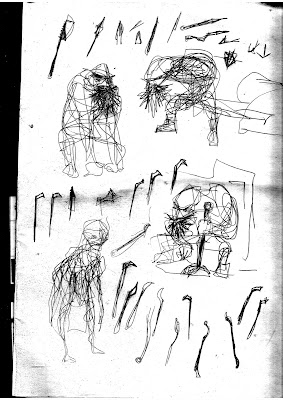 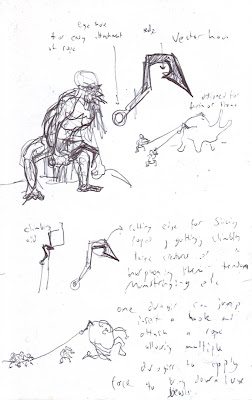 VECTOR HOOK
The Dvagir got something like predecessor to the Old Mate except its more of a hook and has this handy eye so one Dvagir can stick a vector hook and a bunch of them can then pull on an attached rope and gut something open.
Or use then as anchors, exoskeleton removing levers , picks etc.
Good luck trying to read that writing on the picture.
The first picture was me trying to come up with these multitool climbing shapes.

ælf
Some pictures of these bows made it into the book, but here's some me developing the idea 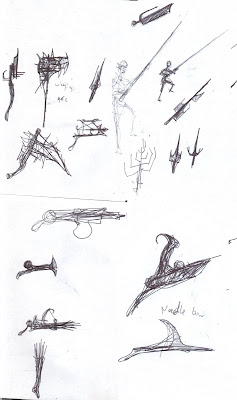 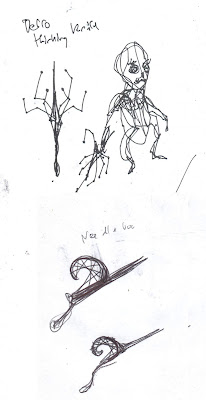 Also I think there was some kind of nightmare axe that was made up of dreams of axes? Fuck I wish I could find the notes for these
No idea what my idea for that spear was

GNOMEN
These had these modular spears that could be assembled into pikes from single spears and then dissembled again.
Spears would be a mini-submarine sized liability to carry around underground but if you had them there then they would rather effective.
Consider a tunnel that opens up into a larger one. The larger one contains a dozen gnomen with long spears. Anyone trying to make through is going to have to be literally crawling up spears to get their.

The other idea was a Resonator , a stone bell tongue that could cause destructive and lingering vibrations in rigid matter. Additional it could be used for seismic solid body sonar. 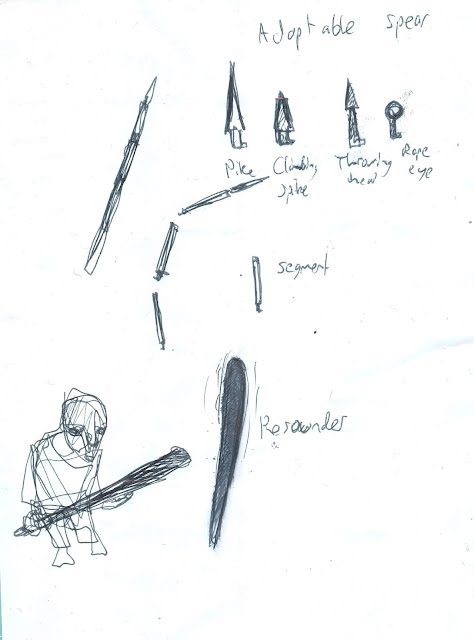 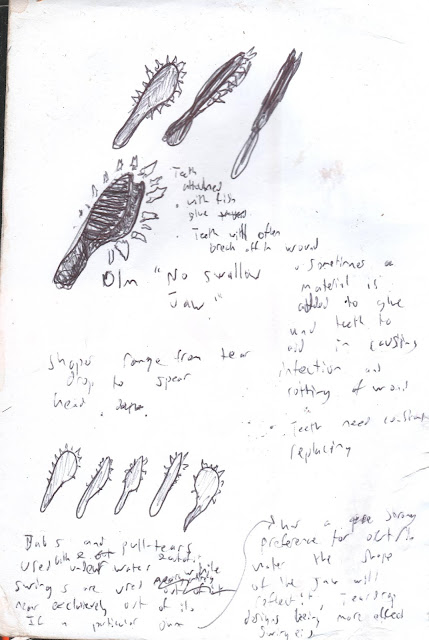 It's a flat tear drop shaped club made from some hard stone like malachite, greenstone or serpentine.
Its edge has groove in which are attached (via fish glue) various teeth.
These can either be loosely attached to break off in a wound (sometimes with poison) or to a permanent fixture, especially ones from powerful or significant enemies.
The choice of teeth can be used communicate a wide range of cultural insults  , the most obvious is embedding the teeth of an enemy ancestors into their own flesh.

Underwater the No-Swallow Jaw are used with jabs and pull-tears. Swings are only really effective out of water. 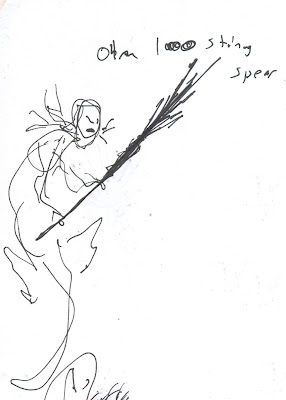 The 100 sting spear is just a lot of barbs and stings from various venomous animals at the end of a bone shafter. Like a poison cluster bomb.
Posted by scrap princess at 07:53