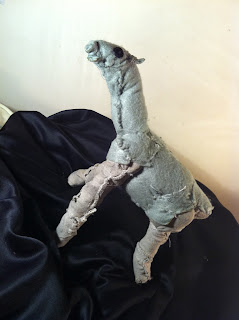 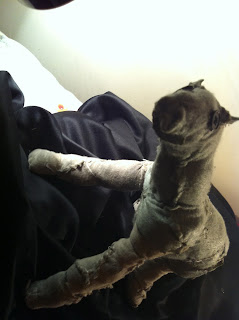 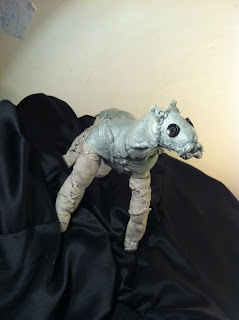 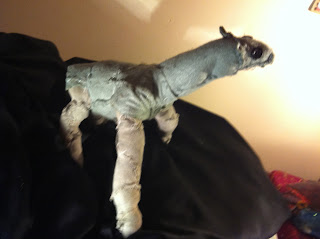 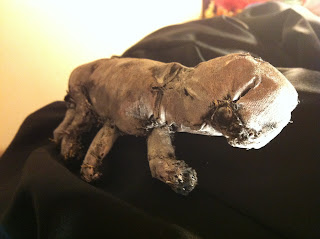 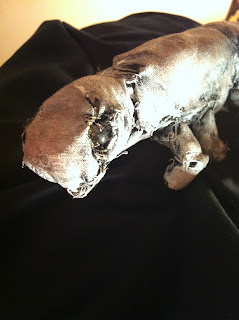 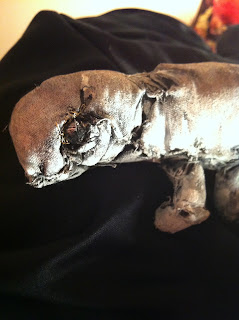 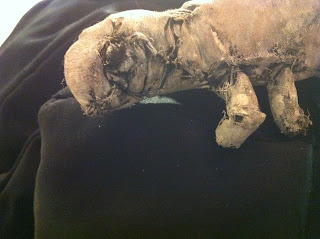 With this little guy, I tried going for a craggy newt turtle look. Think I need to rework the feet , give them less of an amputee look.
BARRACUDA!! 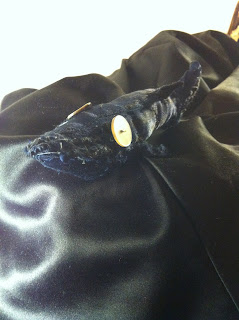 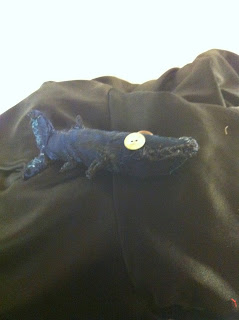 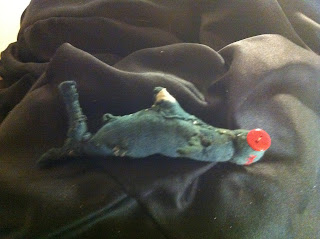 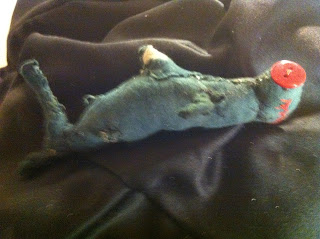 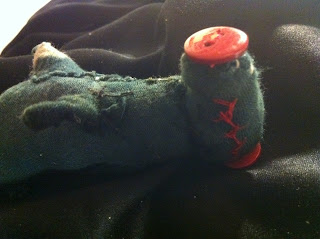 Yeah I just had a hammerhead shark making urge...
Last up , black pudding! I stuffed it with stuff in chicken fillets to give it this great ooze squishiness. It was originally a black semi spherical blob, and then added puedopods to give it a bit more character. Prob will rework this one at some point.
Looks like the personification of lung cancer.. 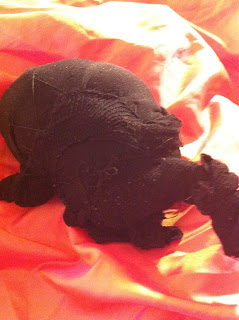 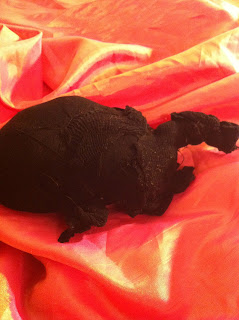