There I fixed it number 5 Navigation


A bunch of people asked that I should fix navigation (including astronavigation which will need it's own post) . So here is my attempt:

Party either chooses a member to be the wayfinder because they are good at outside.

They proceed to make relevants checks (either stat checks or skills checks or whatever your d&dish uses) until they fail.

BAD DISTANCE/TIME:
if how much distance is important to the check , the party only covers half as much as they wanted to (or compared to the default amount) . If time is what is important  , it takes twice as long.

ATTENTION:
Whatever lives here knows that you are moving through their neighbourhood . That's a roll in the wandering monster table OR if there is one dominant and/or organised faction here just have them notice and act appropriately.

Crashing through the undergrowth, disturbing too many birds, leaving a trail, arguments , musical numbers etc.

#OUTSIDEPROBLMS:
Whatever sucks about this place happens to the party. If it's a cold everyone is going to risk frostbite. If it's hot everyone risks sunstroke or dehydration. If it's a forest something falls on you , you fall into something or whatever. If a swamp ; malaria.
I include a table below incase you don't have any ideas about what goes wrong when people try and walk in nature for a period of time.

Mechanically most game books have a section with drowning , starving and a bunch of environment stuff in there somewhere and you never notice it expect sometimes you stumble across and go Ohh hey dehydration rules but who is going to be keeping track of the characters urine colour ? Not me. 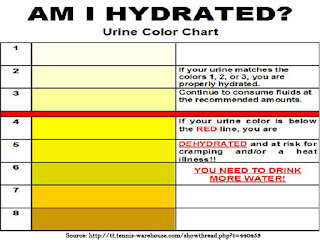 Use the effects of that. Stat damage, saving throw or Enfeeblement , hitpoint damage , Disadvantage etc.

NO TIME FOR SIGHTSEEING:
If the players choose to Not have this problem then they will find something distinctive and cool about the area because they took the time or effort to scout around and follow mystery trails etc.
If you, the d.m , is running a hex crawl with stuff linked to the hex number use that, and having the party count as "unobserved" when starting he encounter.

If you don't have that but have some kind of random herb table roll on that.

If you don't have anything like that , or don't want to use , just have the party having had the mechanic equivalent of a good nights rest in a comfortable location with meals and fresh water because they took the time to catch something delicious and not sleep in a pond .

This is kind of a freebie problem to take.  That's intentionally.

NO LEADERS VARIANT:
If for some reason the party doesn't have someone competent or bossy enough to be in charge you can have a "group consensus" versions. In that case someone makes the first check , then someone else , etc until someone fails. No-one can make another check until everyone rolled once.


THEY FAILED THE FIRST ROLL:
and someone is complaining because their ranger is like superoutside and even with a 18 in the relevant stat that's like 1 in 10 times their character is going to have to fuck everything up.
well a)they are leading a bunch of overburdened goons with appalling skillsets so blame someone else

BAD DISTANCE/TIME: half again the distance / double the time etc

ATTENTION: 2 encounters or double the amount encounter or the encountered group has a surprise round

#OUTSIDEPROBLEMS: double the severity of effect or number of party members affected or have 2 different things go wrong (THE BATS DRANK YOUR BLOOD. AND GAVE YOU RABIES)

The NOTIMEFORSIGHTSEEING if doubled up means that the party did not rest (no spells or hitpoint recovery or power recharges)  because they have not had time to rest . If tripled give an exhaustion effect (stat/hitpoint lost, disadvantage/penalty to rolls)

TABLE OF NATURE HATES YOU:
(less competent outside character gets it first , or randomly determine or have stat /skill check off for first to fail)
(multiple options under each result given in increasing severity . If the environment seems like a particularly harsh one use the next one suggested)

4. Drop / Lose/ Break a piece of gear. Dropping  someone might notice . Lose means you dropped it and just noticed like a hour later. Break means it broke

6.Roll twice and combine results. If same result dunno have it effect another person and/or increase the severity

Email ThisBlogThis!Share to TwitterShare to FacebookShare to Pinterest
Labels: disease, kludge, navigation, osr, outside, rules, tables, there I fixed it, wilderness survival