I reverse the monsters and reveal the truth about ARNOLD K


are the entries with a dozen types going to break me? Maybe

Dog
Grodd:
Psionic gorillas that kidnap people and do horrible psychological experiments on them

Djinn
Grose:
A flightless bird like a crow that's been used to sweep chimneys. If you hate someone but are powerless to even complain about them and you instead confess your rage into a bottle or similar object, it just might hatch one day into a Grose. Grose will attempt to ruin the life of the subject with all its limited ability of mimicry, tirelessness, sneaking, and meager but hyper focused intelligence.
If destroyed it will reform unless the "incubator" no longer harbours ill will to the target.

Dolphin
Canker-Walker:
Found in the worst blasted hellscapes,  looks like a huge teratoma on long long warty chicken legs. Stupid as it is friendly, and doesn't seem to understand hostility. Its blood and guts create problems (both mutations and bad luck)

Dragon
Still Dragon
Wurms
The opposite of a dragon is prob a smartphone app that's trying to make you a better person like a fitness or drinking water reminder. I'm just going to make dragons that are opposite of each type rather than the concept of dragon and  maybe human element based or something let's find out
No wait they going to Wurms or Wyums or big chthonic sightless things like caecilian 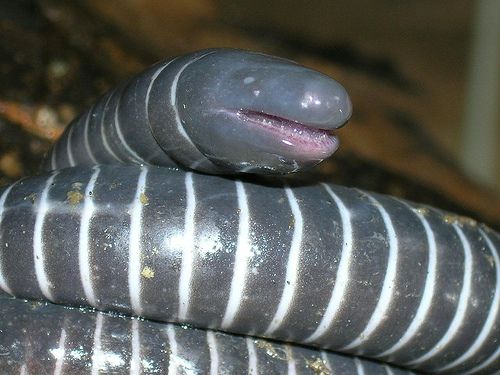 Vast Wurms: these are large , mainly bestial except in a few manners where they have an uncanny cunning. Each is known by its lairs and it their diffusing nature. 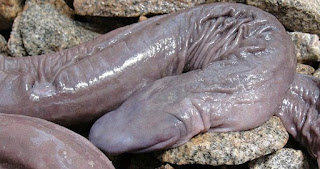 Sewer Wurm
It lures people into the sewers by creating tantalizing illusio..okay yes it's Pennywise as a penis-worm. Often undetected for a long time because the type of person that follows a curvy pig into a sewer is the type possessing of such a trusting nature that their disappearance is blamed on any number of extremely likely scenarios

-- Blue Dragon
Dust Wurm
These move into buildings people shouldn't forget and then make everyone forget them and people drop off shameful things here in a fugue state . Confessions, murder weapons, human remains, evidences of crimes, black mail materials etc.
The smartest of the Wurms , coiling its way endlessly through its beloved museum; a vast collection of things that despite the desperate wishes of some , cannot be forgotten. If the objects continual absences starts bringing comfort to those most shamed by it, it then becomes not precious to the Dust Wurm.
The Dust Wurm will then arrange the object to be seen, or momentary owned long enough to start tormenting again , before it steals it back.

-- White Dragon
Glass Wurm
Glass Wurms live in the reflections inside of a building and slowly influence everyone to become extremely highly strung divas. It gets Black Swan fairly quickly. Glass Wurms , mute grunting animals ,  yet follow and love the most complicated melodramas from the mirrors they swim through. 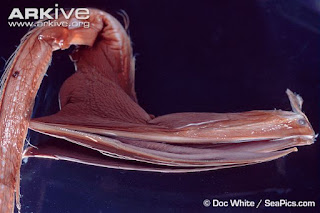 -- Green Dragon
Rot Worm
Live in vast middens outside or underneath populated areas.  Claim to own everything already and when they want anything they make people throw it away. Builds poorly informed replicas of the trashes origins and despairs when its replicas poor mummery becomes obvious and when they rot and break and fail. Dangerously, then will then seek out things to repair its sham worlds, repurposing tendons for hair, hoofs for faces, plates for wheels, gold for urine ... 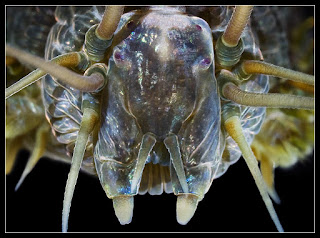 -- Red Dragon
Ash Wurm
Will enter secretly a big forge and let itself be made into a thousand weapons and then forms again when the swords are used to conquer and burn another city in revenge. Is then seen luxuriating in the firestorms before cooling and flaking into a rain of ash. Then mote by mote it finds its way into the forges of the conquered city, as it rebuilds and prepares its own vengeance. 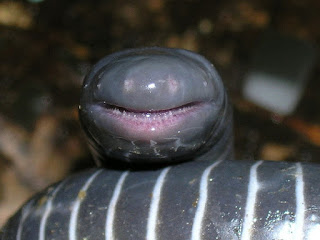 Deviling Wurms are small enough to live in a heart or other organ of passion.

-- Brass Dragon
Perverse Wurm
Source of the urge to something far not in your best interest , something destructive, spiteful, petty yet grandoise.

-- Bronze Dragon
Desperate Wurm
When there is no hope, no hope at all, this Wurm comes to you inside with a plan
--
-- Copper Dragon
Fear Wurm
Not panic, but careful building paranoia.

-- Silver Dragon
Doubt Wurm
It's just a fluke . They will realize soon it was all just a fluke. Dragonne
eel-hound
Like a grey-hound or borzoi from a distance but its hair is quickly evaporating slime and is head appears to be entirely for the nose. Can smell your memories on things, places , and people.

Dragon turtle
Solacewing :
a insect thing that traps you in your own private world and then lays its eggs there.

Dryad
Repulsess :
Would seem to be a normal , attractive , women or man, but maybe pheromones or micro-gestures make them deeply and nauseatingly uncanny . They are just sitting there, begging you to stay for a moment and it's like someone is pouring centipedes into your ears.
(based of Emily from Desolation Jones)