YOu got some lunatic sage or gurning academic in your campaign and want some grand theory that they sacrifice time, money, and social tolerance for, which is DISREGARDING AND MOCKED,  by the SUPPING SWINE at TEATS OF DEADS MANS BOOKS, scribbling antmen who have NO CURIOSITY OR FIRE to LIGHT THE DARK

Here are some ideas.  And yeah , why not have them be true? 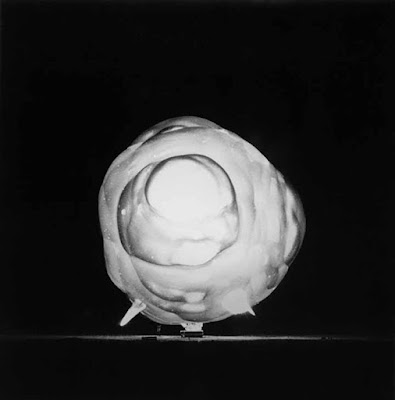 UNDERSUN
The green and wood things of the earth do they not grow up to spread their green supilcantications to the sun? in the absence of sun do they not have NO DIRECTION ?
AND YET
their roots GO DOWN. THE ROOTS THAT ARE A MIRROR TO THE BRANCHES
therefore IT IS ENTIRELy REASONABLE that there must be a CORRESPONDING influence beneath us.

The tenacity of the root is equal to that of the branch. IF NOT GREATER

THUS the root must be drawn by an equal to the sun, the UNDERSUN.

Could be it be thought of an inverse of the sun (as all things in natural must have their opposite , cloud to rocks, birds to underbirds)

It is a matter of further research to determine if the Undersea has the properties which are supposed to keep us tether to the ground  Or if the cold pull of the soil at night is it?

Is the lava that is seen gushing AWAY and ABOVE from the UNDERSUN evidence of this COLD? Or is it some more subtle interaction ?

Fungus comes from the ground is it infact a root? And the fruits of this plant below us?

ARe there antiplant domains beneath us that push roots at the sun and their pallidness at the undersun? What predatory stacks form from the forces of the Undersun , if "all flesh is grass and all grass sun?"
Is this the key to the enigmatic underbird? (OF WHICH CONSidERABLE EVIDENCE IS THERE FOR THOSE WHO WOULD RISE THEIR MUCK STAINED FACES FROM THE HEAVING TROUGH OF COMMON "THINKING"!!!!!!!!!)

no rock is sufficiently reflective to light the sky as do the moon , thus it must be a great sea.
Neatly explaining the rain (and the raining of fishes!!!!) and the formation of clouds and offering exciting possibilities of a "reined cloud"  to allow us to travel to the rarefied upper ether .

It is yet to be known if the cloud is essential made of the same matter as the (empirically observed!) soul and only visible to us when carrying water both to and from the Moon .

Why do clouds do this and is a innately property of them or suggestive of agency?

Are we at war with the clouds?

Is a cloud a chamber pot disposing the effluent of the greater moon beasts who possess fearful intelligence and can reach the "lunatic" with their mental tendril?

It is argument that there is two essential matters to the world and its contents and a poisoning is which A Living Thing trys to draw life (via the Breathing, Drinking or Eating which all life is known to do)from the wrong sort of matter.
This could somewhat explain why wholesome things are poisonous to the unclean (as a toad will flee from gold and grease from soap) .

The question then is there less poison-matter in the world or a balance thereof and as less things are poisonous here is there a continent of where poison is common there? Do snakes there bite curativeness into their victims (thus medically useful to us) ?

Is the soul neutral to the nature of poison or wholesomeness and can a soul be drawn into a poison body or is there a poison soul?

Does the poison soul explain those refusing to uphold the values and functions of society and instead wallow in the sins and corruptions?


Is thought a bleeding of gods?

The early stories of many cultures have gods rather involved in the world, building and advising and shepherding the mortals.

The early world indeed has mortals few and number and bereft of enterprise  and wit.

As history progresses the gods appearance becomes more rare as mortals numbers rise and our ability to adapt and master the numerous difficulties the gods saw fit to place among us.

I advance to you the idea that each thought we have is plucked from the essence of the gods, weakening them.

(Has not the most bewildering attacks on Progress in recent times come from the hierophants of religion  ?)

I for one am not content to slow drip this "soma" from them, for we risk them crushing us back down to beastialness.

And this is why I approach you today Good Gentle Sirs to fund my construction of the  MERCIFUL AND ABSOLUTE SIPHON , a device that will hasten the final twilight of our increasingly jealous and imperiled teachers .

Furthermore it , Thought Itself  , will not be diluted out among all and sundry , instead concentrated for a noble cabal ,of which you have the opportunity to be a member!

Email ThisBlogThis!Share to TwitterShare to FacebookShare to Pinterest
Labels: academy, books, but hey this is what the labels are for, good ideas, philosophy, sages, was going to do a punchline about a5 formats in rpgs being hissing maadness, world building