PDF So here I am sweating through my leopard print dress in the grip of some vile viral infection (but not meningitis, they stuck needles into my spine to know that), and wondering why its so damn difficult to get 3 or 4 people in the same place to actually start the damn campaign.
Which gives me plenty of time to go over the rules system i decided to use, pathfinder.
And on the outset it looked so stream lined, and so appealing to me... but, I don't want to have cut you pathfinder. but its for your own good, I wanted to use you straight of the shelf, but nooooo you had to go having tables of modifiers and bards and pointless rulings and now I have to cut you! <cut> You make me do this!
YOU! YOU! YOU!
<slice>
why can't I bullrush people into solid objects for damage? <stab>
Is it really that hard to to have a skills d.c table that goes like this:
d.c 5 a banal or trivial use of the skill, plausible for even the untrained and smelly
d.c 10 Routine, a typical use of the skill for some familiar with it
d.c 15 Tricky, requires waking up a bit for a trained user, a task that separates than suave from the cack handed
d.c 20 Impressive, the passing of which would draw attention and praise
d.c 25 Implausible, the type of thing which would make its retelling make people go like"really? HOly shit!"
d.c 30 Fuck off, as above but those same people would go "fuck off, your bullshiting me, pull the other one , its got bells on it, that's just fucked"
d.c 40 Legendary, a challenge that seems flat out impossible
<carve>
Someone who hangs out in combat playing an instrument, why? Why so much turd polishing of this concept?
<flay>
I guess some people like fine tuning and a sense of tactical detail. Me , I utterly hate looking stuff up.

I explain more about a) So for example, if its fun for you be thinking all cunning like and to have your character to jump up on a table to make it difficult for someone to grab them , this is validated by having some kinda mechanical back up, (which can be a on the spot thing and is far prefer than having to look something up).
That's not to say just having straight fluff without any crunch is bad, and overblown descriptions are truly the fried cheese of the gods,  but I personally found nothing but fluff, the whole interactive story style doesn't have the same immersion feel to it.
Having game mechanics means that a objective reality exists for the participants and having to work with, at and against that reality makes the creativity have more bite.
I'm digressing here but I reckon in someways creativity works better with limitations to channel it, like muscle anchored to bone , or water pouring through a narrowing hose pipe.

Up to a point though,  choices backed up mechanically should be those that are fun to make , ie "what horrible point object  does my character stick it in with?" as opposed to "how much does my character spend on getting clothing modified to fit them, because they are slightly shorter than average"

ANYWAY WHATEVER SO WHAT WHO CARES
PHOTOS! 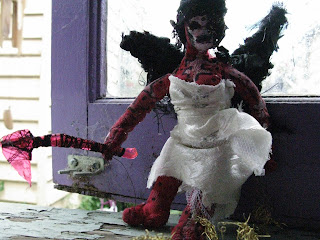 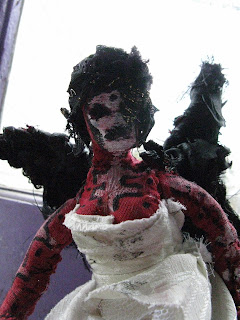 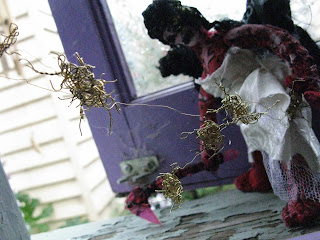 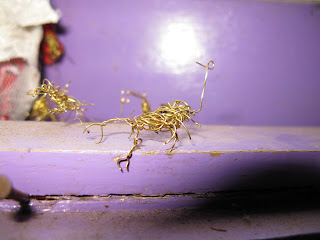 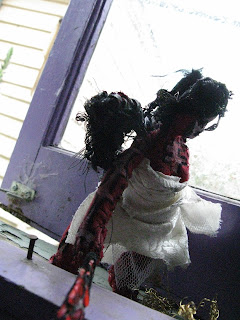 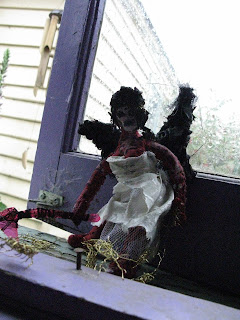 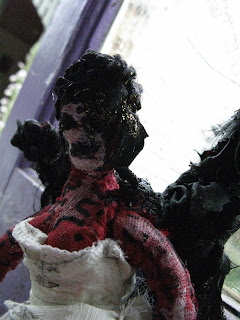 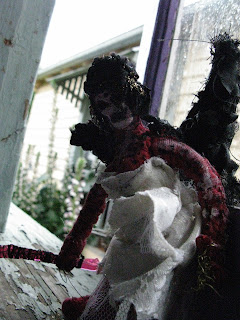 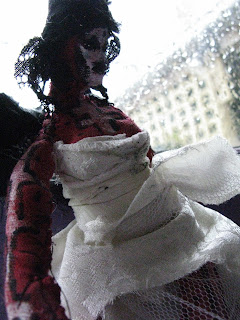