PDF So this is what an aborted dispater became. It's a mummy but less of a elaborate ritualized burial of a godking, and more of a stitch a sack around that dead(ish) guy and chuck him in a bog/dry desert cave.
There's a large amount of mummification rituals in the world, so it seems kinda lazy that fantasy mummys always seem to get the Egypt treatment.

Such as this one involving monks slowly eating poison; 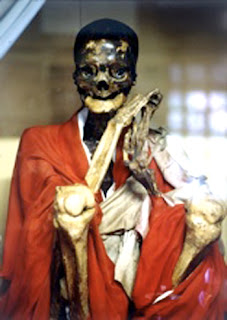 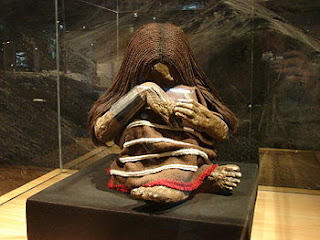 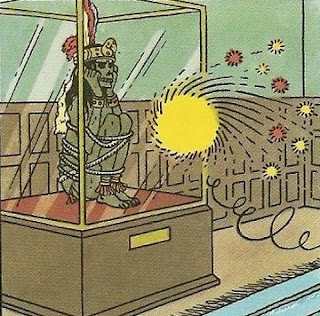 "took your damn time"
or these

Chinchorro mummification:The Black mummy technique (5000 to 3000 BC) involved taking the dead person's body apart, treating it, and reassembling it. The head, arms, and legs were removed; the skin was often removed, too. The body was heat-dried, and the flesh and tissue were completely stripped from the bone. After reassembly, the body was then covered with a white ash paste, filling the gaps left by the reassembling process. The paste was also used to fill out the person's normal facial features. The person's skin (including facial skin with a wig attachment of short black human hair) was refitted on the body, sometimes in smaller pieces, sometimes in one almost-whole piece. Sometimes sea lion skin was used as well. Then the skin (or, in the case of children, who were often missing their skin layer, the white ash layer) was painted with manganese giving them a black color.
The Red mummy technique (2500 BC to 2000 BC) was a technique in which rather than disassemble the body, many incisions were made in the trunk and shoulders to remove internal organs and dry the body cavity. The head was cut from the body so that the brain could be removed. The body was packed with various materials to return it to somewhat more-normal dimensions, sticks used to strengthen it, and the incisions sewn up. The head was placed back on the body, this time with a wig made from tassels of human hair up to 60 cm long. A "hat" made out of clack clay held the wig in place. Except for the wig and often the (black) face, everything was then painted with red ochre.
The final style of Chinchorro mummification was the mud-coat. Artisans no longer removed the organs of the dead, instead a thick coat of mud, sand and a binder like egg or fish glue was used to cover the bodies. Once completed the mummies were cemented into their graves. The change in style may have come from exposure to outsiders and their different cultures or from the association of disease with the rotting corpses. This style of mummification lasted for 200 year, until the Chinchorro disappeared.

This mummy was found wearing a magnificent headdress, which meant she was probably an aclla or Sun Virgin. That is, she was chosen and sanctified as a toddler to live with other girls and women who would become royal wives, priestesses, and sacrifices. She also wore a brown dress, and was buried with several statues. Her hair was braided elaborately and she had a few white hairs, perhaps indicating emotional stress. She and the others are believed to have been drugged with , a maize beer, along with coca leaves, before being abandoned on the mountain.

Some of the boy's clothes contained vomit mixed with blood, suggesting that he may have suffered from a pulmonary edema. It is believed that he died from suffocation. He was the only one of the mummies to be tied up, and a piece of cloth had been pulled around him tightly enough to crack his ribs and dislocate his pelvis.


actually lets cut the middle man, and here's wiki with a good list

Speaking of vulnerability to fire, has it ever bugged anyone else how plant/wood based creatures are vulnerable to fire in the majority of game mechanics?
Okay yes this is petty and irrelevant , but really you hold a lighter under a log and a lighter under your arm and see what gets fucked up first. And that's presuming the log is dry, a green log is gonna require a heap massive fire to get it going, the type a human would start to get fucked up just by being near. Something less treeish and more leafy planty would have delicate frondy bits to burn, but still not any worse than skin, eyeballs (which can boil), and then fat reserves just under that skin. Some models of human spontaneous combustion have a nylon item of clothing burning long enough to  get the fat going, and then its a big old human candle.
Its probably the precedent from  Ents being scared of forest fire , which if they are slow moving , would be scary. But forest fires are scary full stop. Except to eucalyptus trees. Those bastards actually like forest fires, have evolved thin papery bark  in order to spread the fire quickly past them and onto other trees. They also drop a lot of branches, aka kindling, and the sap is an effective fire starter, and , although maybe I'm thinking of a African tree here, can explode into fire by itself if the day gets hot enough. Eucalyptus seeds require a scotching to germinate, thus after a forest fire, when all the other trees have turned into fertilizing ash, the shoots of eucalyptus immediately spring up. 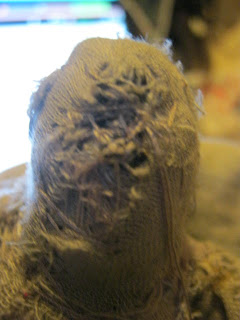 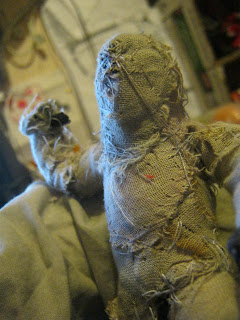 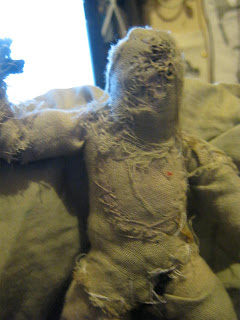 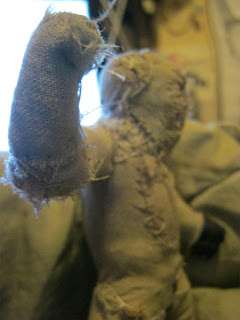 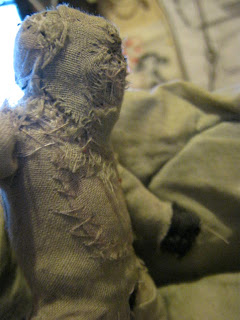 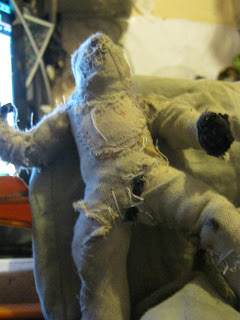 Erinyes is nearly finished but going wrong.
Posted by scrap princess at 23:39