PDF Like there wasn't anything else I meant to be working on...
sigh.

Okay so there is this world, like one of those "wahey olde time people were wack" (which may or may not be Renaissance propaganda), like it's a massive flat bowl (to keep the sea in duh) held aloft by armies of conquered titans, their grotesque forms even more grotesque from the weight of the world pushing down on them.  They hold the world aloft from some kind of primordial sea of the dead, where all souls go to rest.

Anyway this massive bowl shaped world progressed through various wars, empires, alien invasions, usurpation of spirits, demons and angels and parasite cosmology,   never-weres, and as ever the titans ( known formerly as KAIJU) climbing up and over their fellows to the under lip of  the world to punish and destroy).

It now has progressed to the mechanized armour and sweet looking motorcycle tracking shot level of technology, the gods having recently left to go fight some alien gods as they do. The northern and southern empires have collapsed from the aftermath of the latest alien invasion and all is warlords and bandits and here be time dragons.

Anyway so classes. Due to the bizarre semi-subjective physics of this reality, an individual can become far more powerful than any army, which means the focus of military progress has been to make super units, champions, leaders, warlords , and monsters. Some staying in the service of Daiymo or King, others becoming RONIN-X
And if you haven't guessed by now, this is a re-skin for 4th edition dungeons and dragons.

The power sources: are
Martial is
KUNG FU. Some individual's KUNG FU is strong enough to kick physics into becoming an obedient fellow.
AND

CYBER : Most people can handle the odd implant here or there without their chi flow becoming sickened. Fortunate others can keep piling it in. These are known as Cyberborgs. New geo-nano-tech means the machine grows with its host, the enhancements coming with personal growth not mere consumer purchase (blah blah cybernetics is treated as class abilities rather than equipment that you can purchase. You can't just make an robot arm strong enough to rip a tank in half, instead one is grafted onto the host and their chi flow and it is grown to such implausible capabilities)

Divine:
is now
Administrator privileges. The gods wrote down a bunch of the short cuts and back doors they use for tinkering with the place. They made it real complicated so only the worthy can not have their eyes explode by reading it. Spells are known formally as Protocol and called spells by fucking ignorant peasants.

Arcane:
is now
HACKING:  Wait you are waiting for permission to rewrite reality? The truly shrewd and audacious find the backdoors on their own, and when they can't, will tear them. A particular short cut , cheat,  or spell,  is known as a Glitch.  Glitches often have more abrupt , disruptive effects as compared to Protocol which tend to more restorative, status quo orientated effects.

Cleric   is now  WARNURSE: taught the Protocol (spells) given to the nations and then cyborg parts because cyborg parts, they are healers, leaders , diplomats , templars and inquisitors. Their power source is CYBER and Administrator privileges


Fighter     is now BOOMER: These cyberborgs are the  backbone and spear head of every army. Some keep their human form,fiendish devices appearing and disappearing as necessary, others bury it in layers of exoskeleton , techno flanges and mystery pipes. Their power source is CYBER. 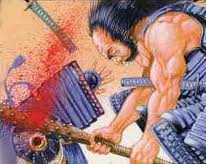 Paladin  is now    SOHEI: The hammer to the WARNURSES other kind of hammer. Disdain corruption of their chi with gadgets, instead relying on fierce training and supreme discipline.
These are warriors who are armoured in life and punching righteous! While the WARNURSE is often beholden to authority and public spotlight , the SOHEI is the special forces, black ops and elite guard.

Their power source is KUNG FU and Administrator Privileges 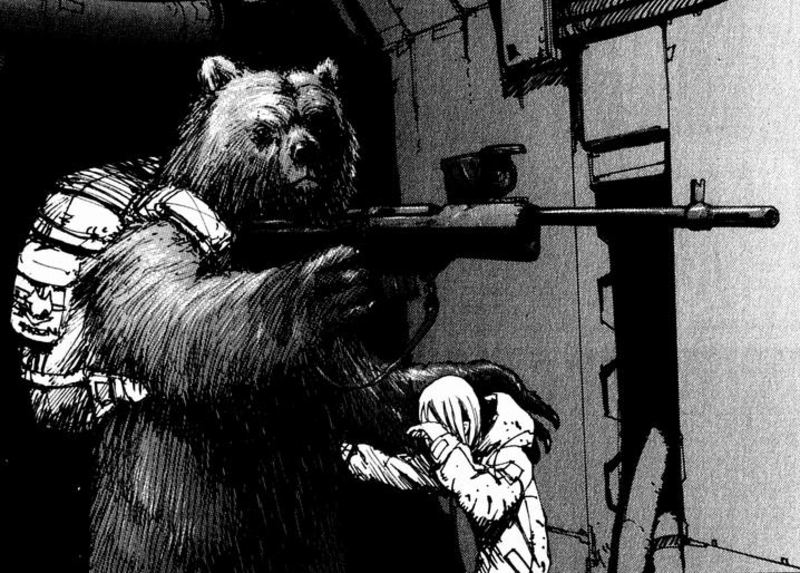 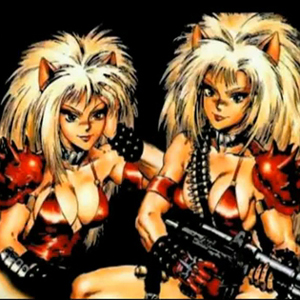 Ranger    is now   MOREAU:  Animals are closer to the flow of things than people. So surely one can give people greater kung fu by use of grafting animal parts? In the MOREAU's case, why yes , yes you can. (in most cases however, another entry in the monster manual happens).  Some MOREAU appear human except for a couple of traits (say a tail and cat ears) others are an animal awkwardly hunched on 2 legs. MOREAU are made in both directions from animal to fellow and from fellow to animal.
Their power source is KUNG FU 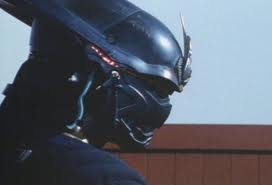 Their power source is (rumoured) to be KUNG FU and CYBER 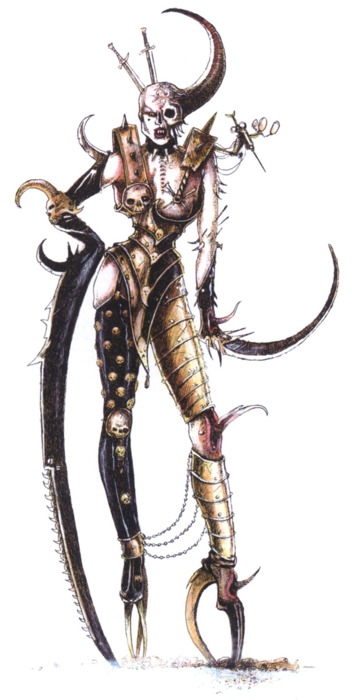 Warlock is now W.I.T.C.H:  with all these demons, angels and other usurpers lying around, one would wonder "can we smoke them?".
Why yes. A huge variety of reality altering drugs can be made from them. W.I.T.C.Hs name come from the infamous girl gang (We Intend To Create Havoc) to first make a serious effort to drug themselves into super human power and Burroughian form
W.I.T.C.H'S today are still no-good punks , with the coloured hair , loitering and angular sunglasses. Each W.I.T.C.H has a particular habit (pact) whether Yokai (fey) , Usurper (Infernal), or Never-Were (Star)
Their power source is HACKING


Warlord is now GEOMANCER. One who studies the flow of chi and history and knows best how to direct their efforts and those of others
Their power source is KUNG FU 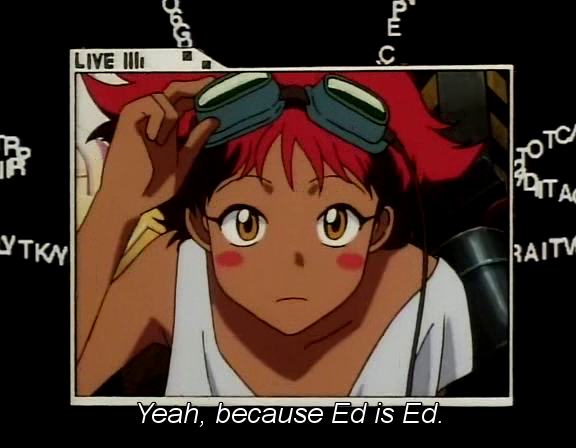 Sorcerer is now  BLIGHTS. Savants for tampering , backdoors , and unraveling reality on a whim.
Their power source is HACKING

Wizard  is now     PSYKER. It is some peoples nature to always find the easiest way. While BLIGHTS constantly discover, tamper and tear new paths, PSYKERS have no talent for invention, but vast ability to learn and exploit what they can learn. They hold tight any glitch they can find and wring every drop of advantage out of it, each holding to them precious their book of scams, cons and swindles. A BLIGHT has a talent for finding new glitches but lack the patience to know them as thoroughly as a PSYKER will.
Their power source is HACKING 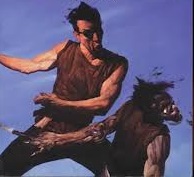 Barbarian is now  DRAGON the truly greatest of martial artists, their name the nickname of their greatest pioneer and bad ass.
Their power source is KUNG FU


(and there's like a bunch of other classes which is not immediately obivous what to do with.
Monks for example, some how, don't fit.  Druids I was thinking about some kind of Cyberborg that can transform into other robot shapes. Like a TRANSFORMER, but like then what was I gonna do with their magic? Like have it work via near by technology instead of plants?  I guess making the Primal power source Technology or something.
Anyway look I got all this other shit I should be doing , and I don't have a play group for this , so I'm just writing down the easy reskins.
Also when I started typing this , I was thinking there would be a lot more weird psychic, chronolord,bursters and various warhammer stuff in here, but then the 80s anime just took up all the room and yeah. But if you are gonna run with this yourself I would recommend looking to warhammer 40,000 or other weird British gonzo sci-fi when you reskin the other classes)

OH YEAH RACES
Now I coulda made these the various nations of REALMS OF VIOLENCE but then as much fun assigning various human cultures stat modifiers is (by "fun" I mean "wack ") how about
class as race
Brave New World style?
As in each social class is separate from the others not by being a dwarf or an orc or something, but by choice of language, mannerisms, minor genetic modifications, quality and type of cyber implants, dietary supplements, geo-nano-bot injects and steroids.

Elf:Illuminati: best life span upgrades, all look like models including access to designer (copy write protected) genes such as the Bowie , Grace Jones or the Twiggy, extensive brain capacity upgrades:  any high status positions, which they are always more qualified to do , having downloaded the required expertise.
(Illuminati is particular apt , ignoring boring conspiracy association boringness,
its etymology is enlightenment , as in a spiritual sense as well as a allegorical sense , "to throw light on" , and the royal family in Japan is said to have a lineage directly to the sun goddesses her self.)

Actually wait 4th edition had all these other races like shardling and stuff but fuck it, I'm done. What? No I haven't actually read the book and yes I am doing a re-skin that I would fully intend to play had I the time and interest.

Also I was going to use Japanese names for the classes , such as Eta, but wahey, discrimination against the Burakumin (Eta being a ..less polite term) is still a thing today
http://en.wikipedia.org/wiki/Burakumin
Real glad I looked that up.