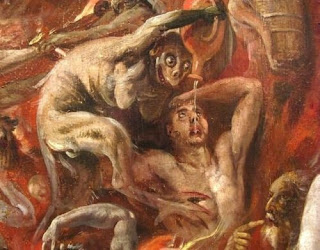 Normally I wouldn't bother telling y'all about whats going in my life but as I'm a significant part of some upcoming kickstarters, it seems appropriate to update you on the following.

As to alleviate it , I would attempt to present female, underwent laser facial hair reduction ,took female hormones and asked people to use female pronouns with me.

But as time went on this just made me hyper aware of the aspects of myself that still were male. The more I attempt to "become" female , the great the distance seemed to be created by what I couldn't change.

So then in the last couple of years  I stopped my transition attempt and instead made a conscious focus on accepting or at least tolerating being male.

This has resulted in far less mental distress than I was enduring before.

The reason I'm TMI-ing y'all is because I don't think its appropriate to continue to use me as an example or inspiration of trans representation or to highlight my presence in an attempt to foster greater diversity.
(which I worried might happen in regard to some upcoming kickstarters I'm involved in )
I don't undergo or face the obstacles facing trans women , there-fore should not get the aid offered to them to help alleviate that.

And in regard to pronouns , I now have no preference. He, she , they, I don't mind and don't care.
Still happy being called scrap princess ,  basically none of this is likely relevant to anyone other than someone who was about to mention my name as an example of a trans person in DIY d&d.

Two caveats:
one:
Just because I found peace living as my natal gender doesn't mean others will. As I said before, there's currently no precise way of determining who will benefit from transition and who won't.
Furthermore one of the least precise method is the unwanted opinion of a stranger on the internet.
Society should get to a place where one can consider both options without being pressured either way.


two:
I don't consider how I "identify" a meaningful act. Better to talk about ones actions, desires, and external social pressures and freedoms than try to measure and label something as illusionary as a "true self".
People get caught up trying to correctly label their gender , assuming having done that, they then can have permission to do something or present a certain way.