PDF SO  while I'm waiting on the glue to dry on the marilith's fiddly weapons and armor (6 damn arms),
its been feeling a tad quiet here, so though I would just do a little bit of a nostalgia trip and put some photos up of other projects.
These are from my happy grey days in dunedin , where i had a massive spooky basement to myself.
It was awesome, with crazy bandaged pipes, a nightmare fuse box, a disused furnace like something out of se7en, a dirt room (it had a dirt floor and  vault door) and was pretty much a wonder land for a depressed dirty industrial art bum as I was at the time 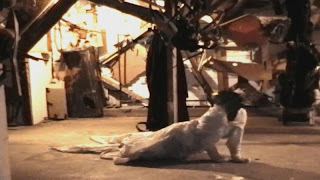 Occasionally it would start feeling all ghosty and I would have to dance around naked in the darkest spookiest areas of it in a  paranormal pissing contest, and I shudder to think how much dust coated my lungs on a daily basis.     Don't have good photos of the basement, but here's some stills from a performance me and some friends did there 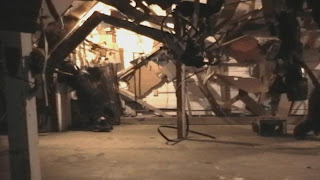 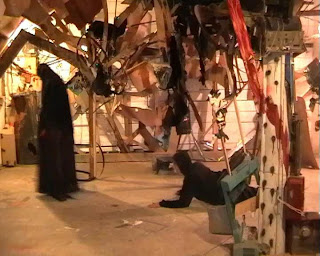 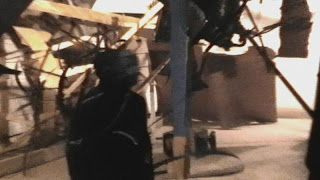 it was called opRAAA, and it was my take on doing a opera.
Here's one of the instruments i built for it: 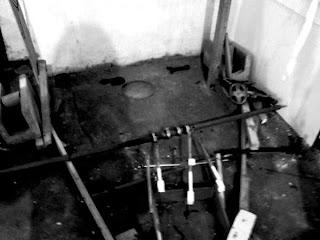 Here's the style of creatures I made around then: 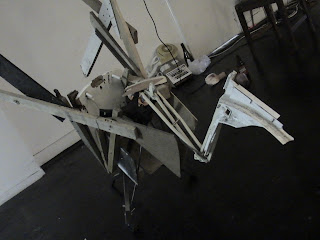 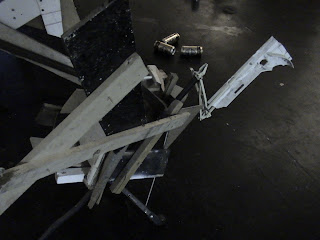 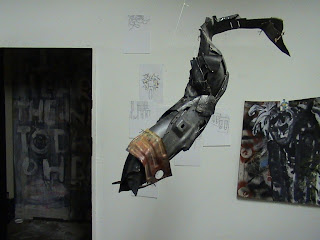 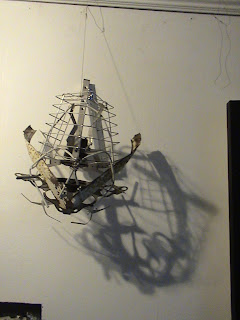 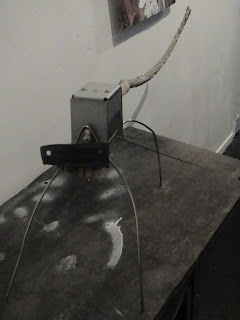 and some painting type situation ; 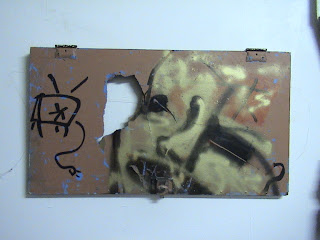 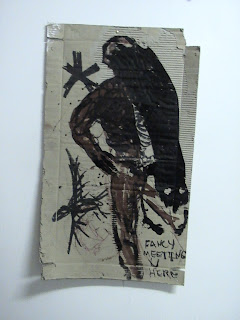 and some "hey I make all this stuff and I can't get anyone to take it home, I'll just dump it in public" projects. Can't get the photos off the c.d of the giant butterflies I made and wired to fire escapes, so just this wolf thing for now. The head was one of the masks from opRAAA 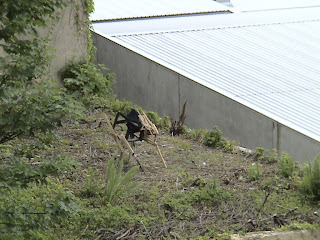 I'm still doing this junk assemblage/kludge totem stuff, I got a new studio so my progress on the manual suffers from minor encumbrance penaltys. I do less animal type stuff and chase a "idiot robot savant making religious icon" angle these days 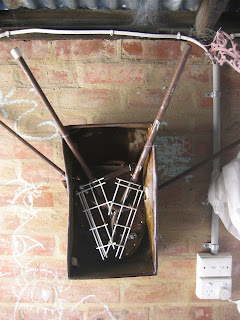 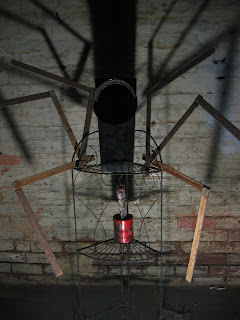 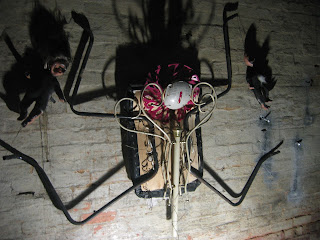 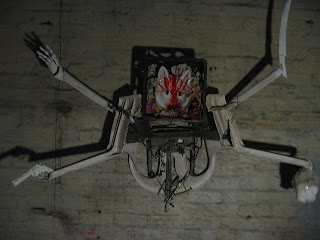 savant is a word I am enjoying muchly right now. Among its more familiar meanings, a savant is also a custom made large pocket for disappearing things by stage magicians .
Marilith up tommorrow most likely. weeeeeeee
Posted by scrap princess at 10:20