PDF I had only the vaguest of concepts when I started sewing this guy, namely this kinda thing, (please ignore the middle panel there, where Lucifer is replaced by surly teenager , Chad ) 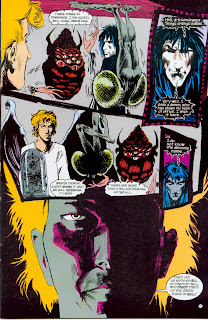 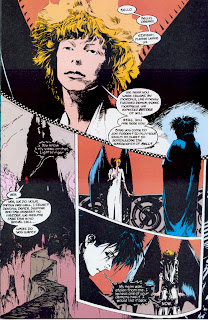 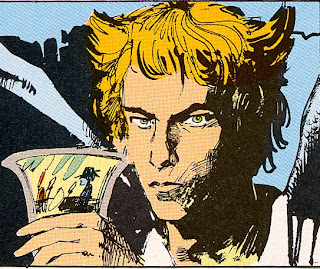 or to take it even further some kinda effeminate evil eunuch, a stark contrast to the bestial in baator, like a softly spoken , utterly soiled , smirking 13 year old rent boy. Or something like

I think I'm in love.
Yes i know he's described as " appearing as a giant human, over 13 feet tall, with dark skin and hair, red eyes, handsome features, and small horns on his forehead. He dresses in regal finery of unimaginable expense".
Blah.
Non-d&d sources have him looking like: 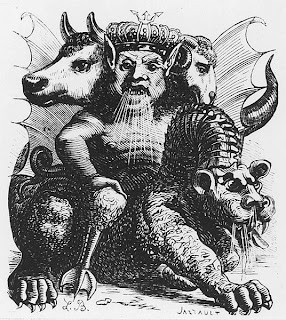 A particularly visually pleasing example from the "WHAT DOES IT LOOK LIKE? A BUNCH OF FUCKING ANIMALS! STUCK TOGETHER! WITH A DUDES FACE! LADY PARTS! FUCK YOU AND A CROWN! A CRROOOOOWWWWWNNNNNNN!"  school of bearded-man-yelling-at-about-shit-he-saw-high

So it went all kinda ways when I'm making him, and wound up looking kinda like Eddie Izzard. 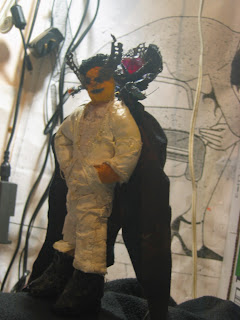 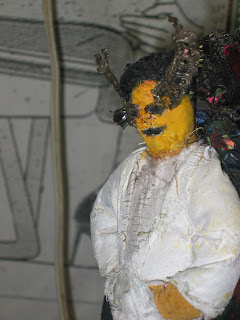 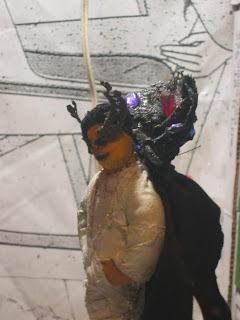 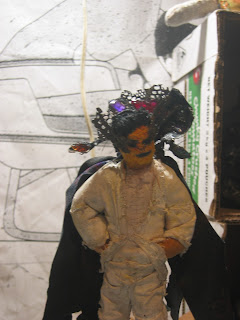 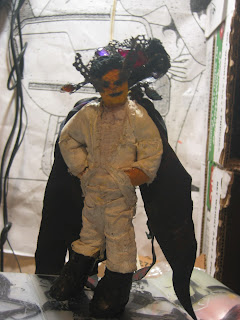 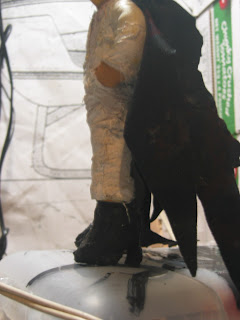 Which is probably heavily influenced by my decision to craft magnificent heels for him.
Fuck it, I was feeling bored shitless by the evil big horned red dude triad of Asmodeus, Dispater, and Beelzebub, so lets make em look like rent boys, trannys, or evil eunuchs. Which has unfortunate implications I'm sure, and if there were any deva, assimar, plantar in the first edition monster manual, I would totally make them so fucking fabulous, so it all balances out.
Damn, I wanna make them now. Maybe after I finished this book, I'll start on the monster manual 2.
Any way Dispater name comes from the greek Dis Pater , ie death father, which is actually quite rad. I'm thinking of making him look like this:

Check out http://fantastic.library.cornell.edu/ if you don't already know of it, That's where I grabbed the batshit picture of Asmodeus , which is in turn form the Dictionnaire Infernal , which I now want a copy of. Holy fuck, I used to hate pictures in that style when I was growing up, now I think they fucking rule.
Lastly some cheap laughs in thee old search engine image surprise:
evil eunuch turned up: 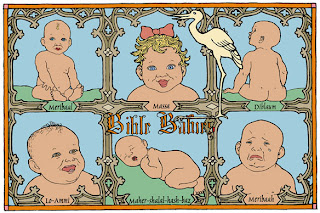 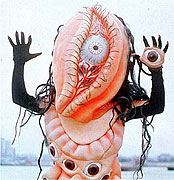 And evil rent boy turned up: 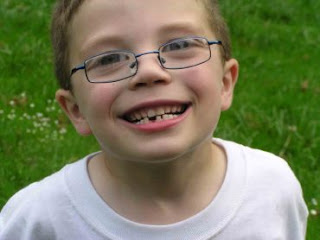 Which also is a great concept photo for an archdevil. The subject of the photo was murdered by his step mother and I'm using his photo for a cheap laugh, but hey, its a really fucking creepy photo.

p.s James (http://teleleli.blogspot.com/), still reading your book, I'm liking a lot of it so far, will review it proper like when my heads less full of poison.
Posted by scrap princess at 05:37