PDF Yeah! dirty king of the gnolls! President scavenger lord! Dog man terrible!
Although you wanted to take gnolls  more in the style of hyenas, Yeenoghu would be their Queen,
Hyenas having a alpha female as top dog. With a surprisingly big clit , that she uses to maintain dominance by penetrative fucking the underlings. No I couldn't be bothered sewing this. My brief obsession with gentiatalizing is waning. For now anyway.

Yeenoghu was getting to me as it was, the teeth being fiddly , then making him too big ,and then getting the legs the wrong way around, the texture of his skin looking like mummy wrappings, the ears looking stupid (look at hyena, they pretty much have mickey mouse ears! It looks fine on them in the flesh, but in facsimile it just looks daft)
My original concept was a looming gaunt toothy leering shadow.
It moved far from there , and turned into a he-man figure with a burned rat head. So I'm happy with it in other words. 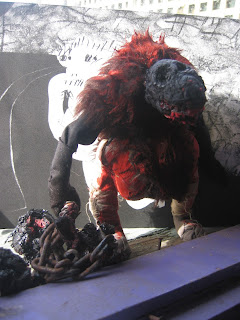 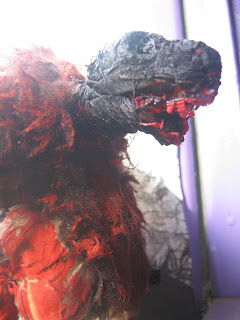 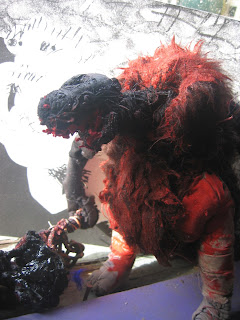 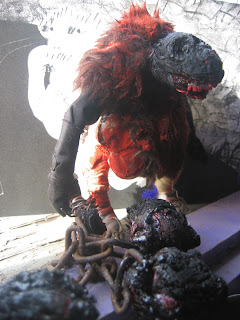 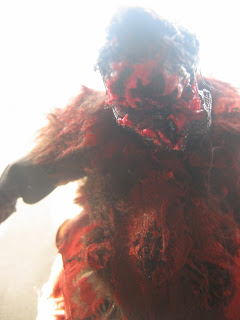 the picture in the back ground is by
ghost
this is more of their art. It is even better than spoiled meat.
http://pithbull.blogspot.com/
Posted by scrap princess at 00:23