Look it's some critters based off critters from burgess shale fossils. 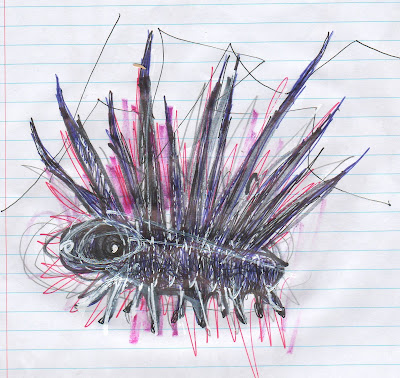 This one is based off Hallucigenia. It is called a "Gizzery".
It's a cheery old war weapon that can impale sounds on its spines. If someone says all the words in a spells title (Say "Cure" "light" and "wounds") it can immediately cast that spell. The person will not be able to use those words for a week.  Can be dangerously aggressive about maintaining the "aural hygiene"  around its lair. 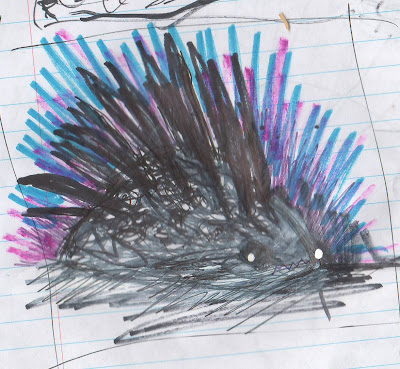 Quank
(based off a Wiwaxia), was harvested for arrow and spear heads. Is now sullen and paranoid. Can shoot off  its spikes as a random magic arrow or bolt. 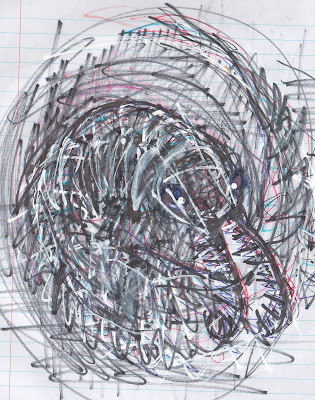 Zag.
Just your typical deluded bioweapon that believes it is from the future and trying to destroy a particular lineage of tyrants.
Based off “Anomalocaris”

Based off Opabinia, Kun are cruel and wanton and sad and reflective.
Former space warping assassins and historians for the Jummerlng, now half-heartedly hire their services out . 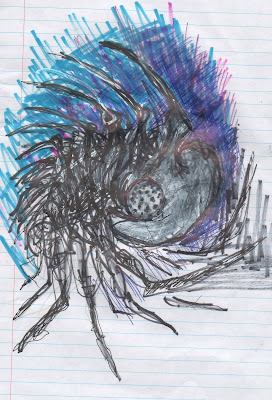 Based off trilobites and this here http://falsemachine.blogspot.co.nz/2013/01/trilobite-knight.html 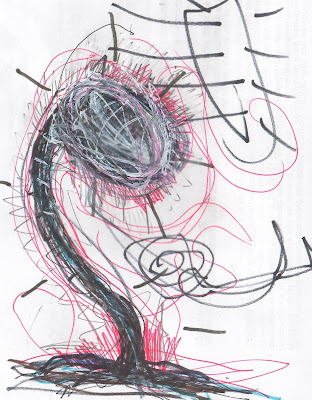 
Jummerlng can store "time" as use it as weapon, like "an aging beam" and an "evolution beam" (ignoring how evolution actually works). They are responsible for making all of the above , they think. They kinda went mad due to dabbling into possibility harvesting and lost everything and now are deluded solipsists living in coral towers drifting on the surface of underground lakes.
Posted by scrap princess at 21:17