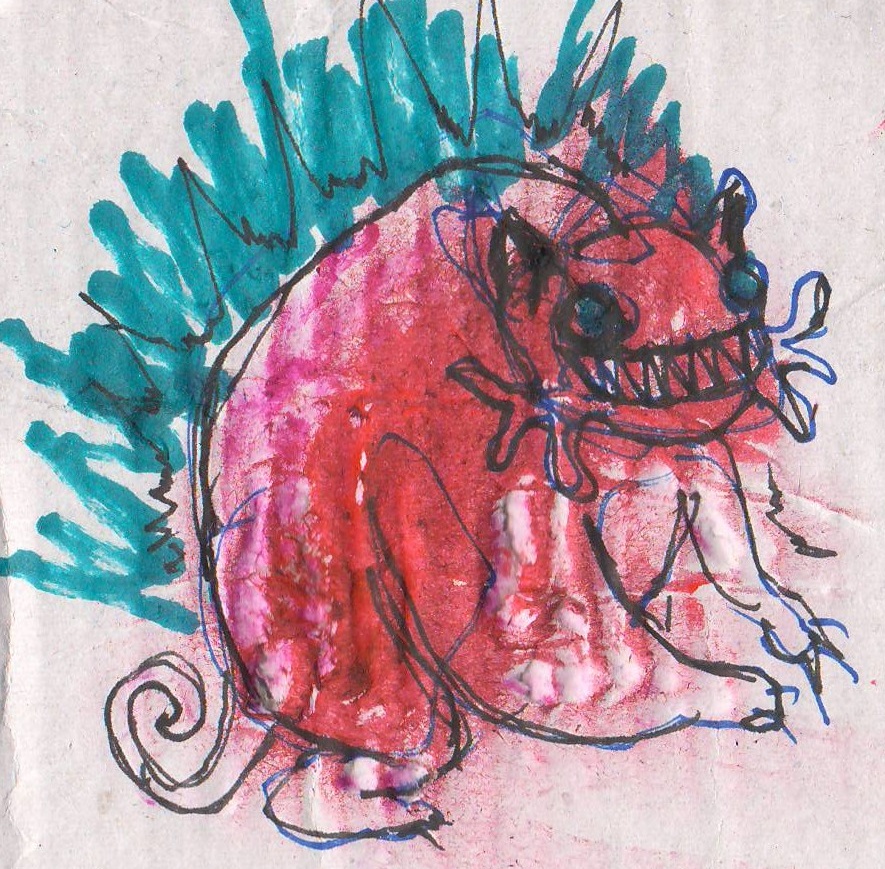 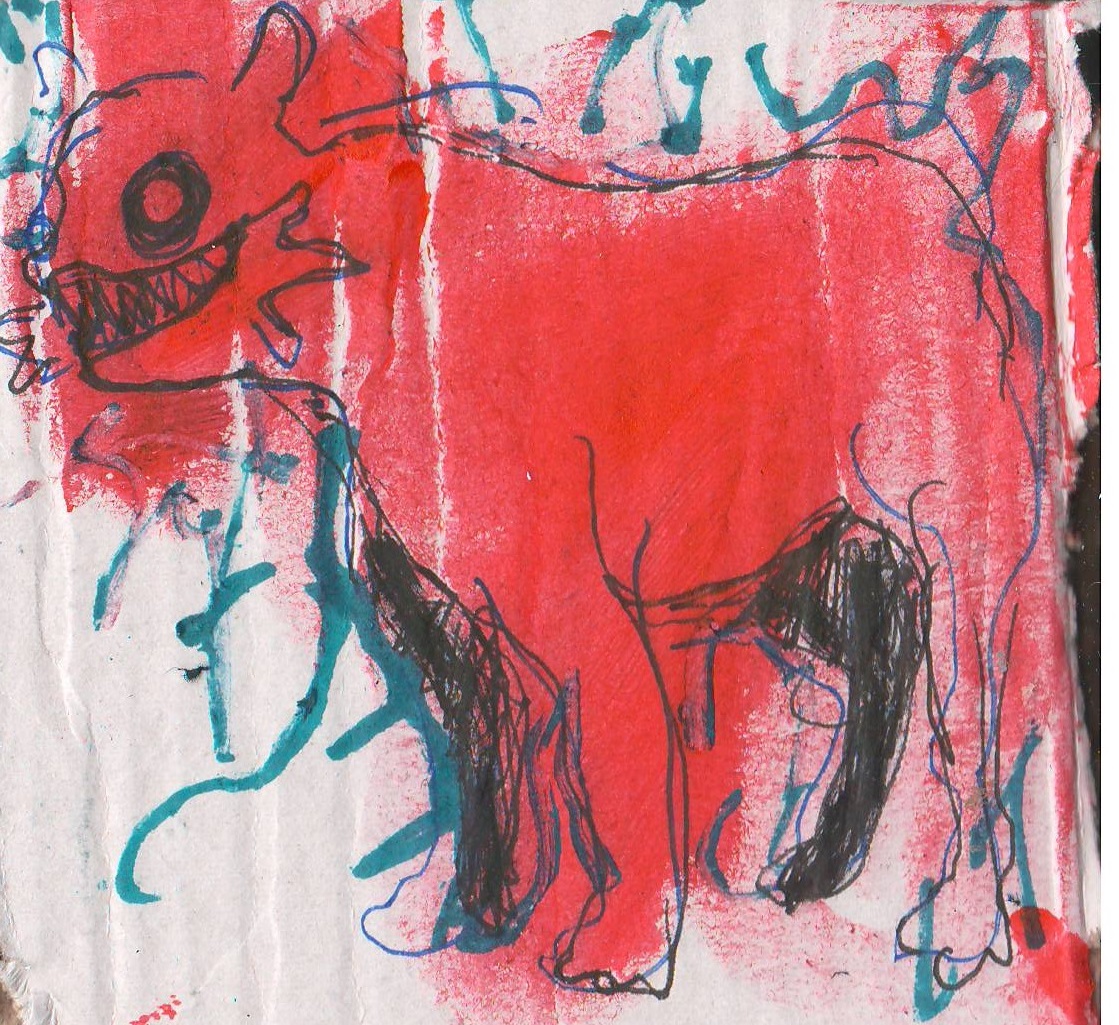 Voltsians are like panther catfish. Their hide is rubbery and red from a coating of rust and their own freaky secretions. As a defense or a predatory action they generate a red cloud that is extremely conductive. They then send a powerful electric charge via the cloud, stunning all in it.
They are smart, but avaricious , self-centred and lazy to a fault. Their hide is non-conductive , making them resistant to electricity unless the hide is bypassed 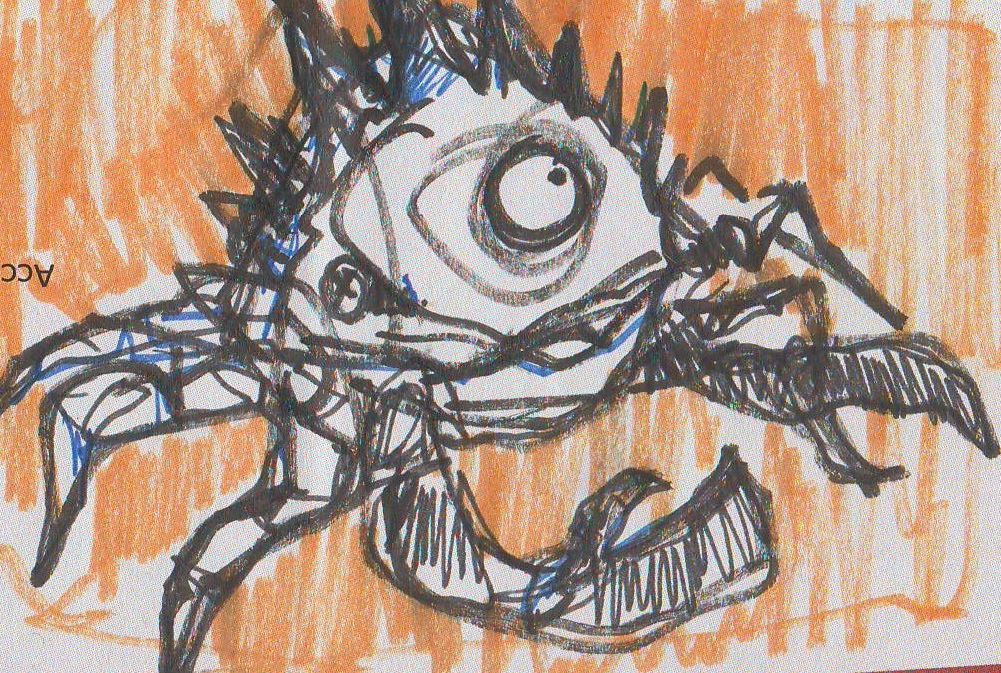 Magnaler are pony sized  crabs with self assembled shells of metal. They are shy and reclusive , hiding in vast alien junkyards, wary of being hunting for their shells. They can sculpt metal easily , unnaturally softening it with just a touch of their claws. The claws also possess great strength , capable of slicing a dude in half.
If one can get their trust and friendship they can make armour like no other. 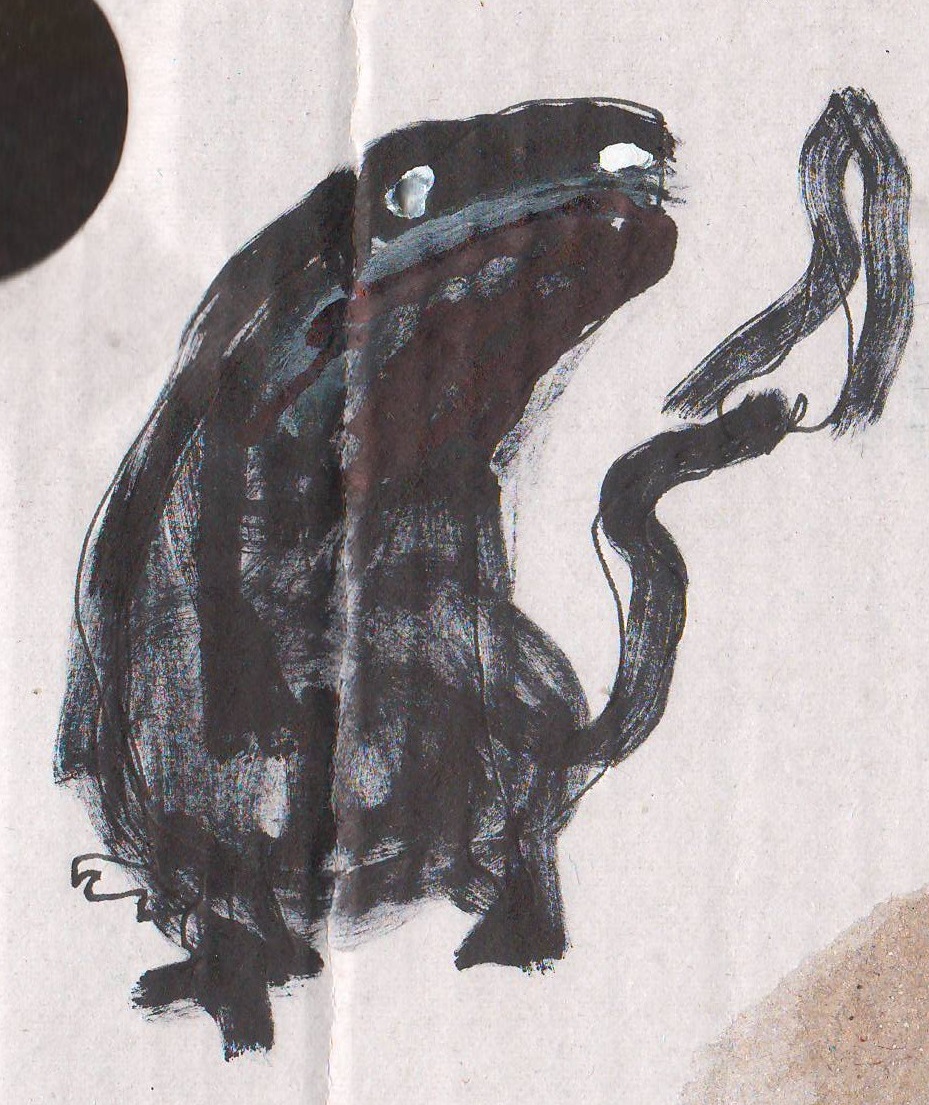 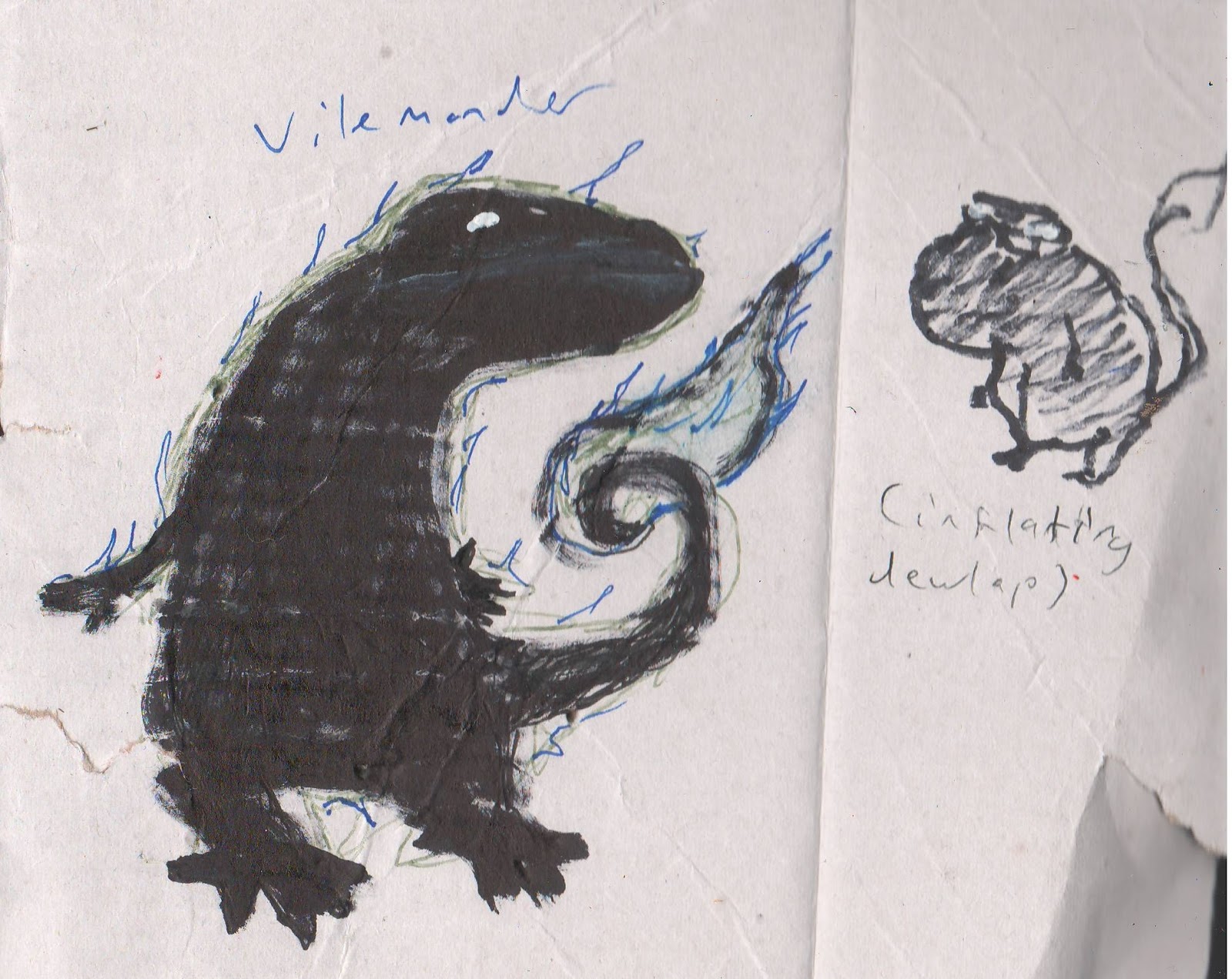 Vilemanders  are oily looking radiative salamanders-people, flickering with balefire and calling to each other across war-blasted moors with their inflating dewlaps.  Territorial  and viscous , flicking unnatural fire from their tales , then slinking off again. The fire they produce feeds on fear and panic and is unable to be extinguished unless the victim is calm. 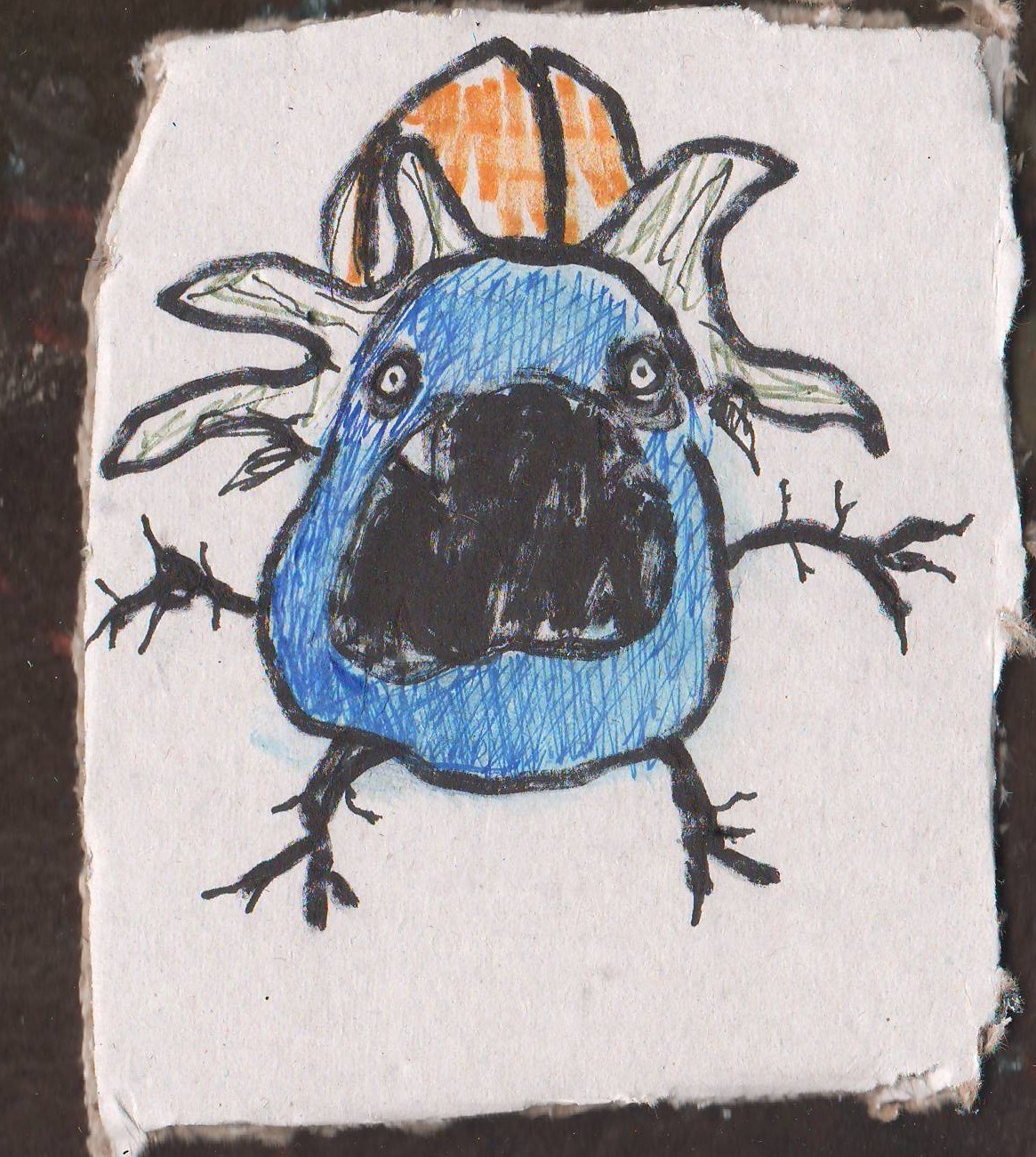 Golooms are mood sensitive flowers , normally cultivated in courts and regal gardens, that have grown on graveyards reserved for outcasts and blasphemers. They have absorbed all the bitterness and rage and  burst out the ground screaming and releasing maddening pollen. Also they drink blood any round when they are not running in circles screaming (1 in 4). If they make it to century in age the flower blooms releasing a hydraesque Rage ghost.
Beetoise are a particular type of bee that takes residency in a certain giant turtle corpses The bees have specialized castes , one forming long chains to act as tendons and muscles to animate the turtle. Others make use of the weird cannon like tubes in the shell the former turtle used to breathe from. They use these as cannons, firing a living guided missile bee at threats to the hive. This bee explodes in mass of sticky poison honey. When the Beetoise runs out of these (normally has 1d12 in reserve) it results to swarms instead. 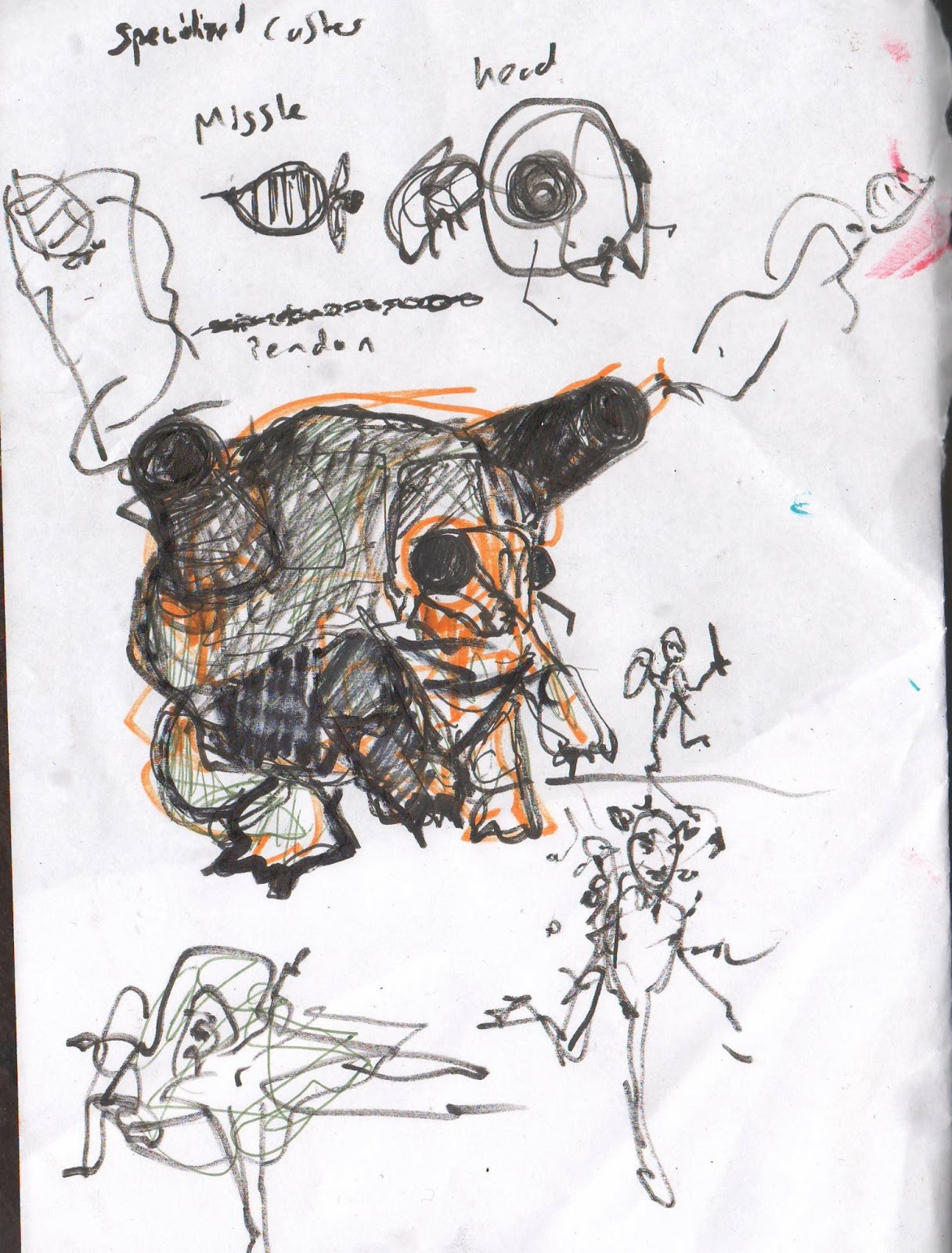 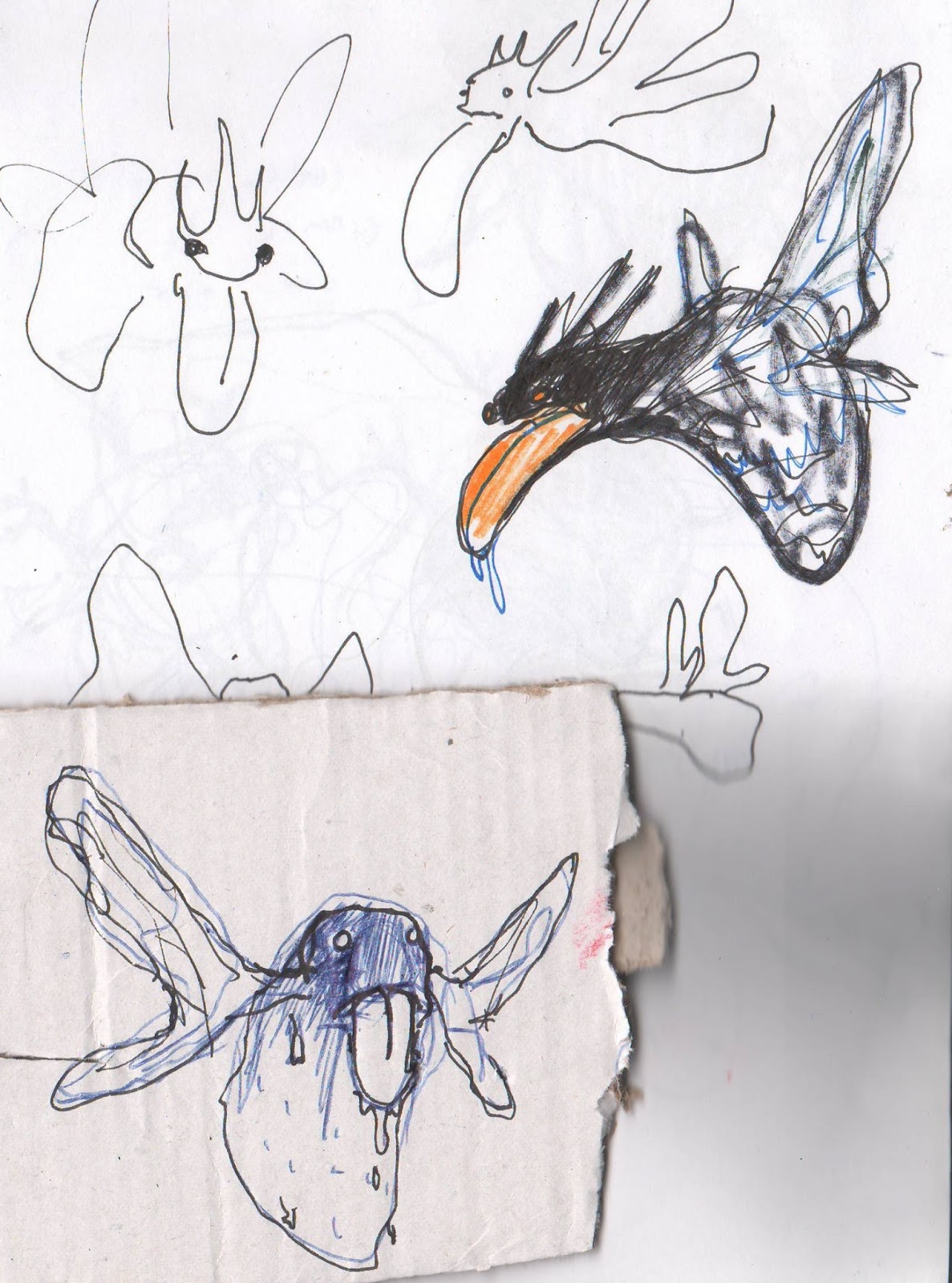 Lickimoths are a variant on the lemure, formed from parasitic souls, who in life fed on the misery of others, under the guise of a care-giver. They now hunger for the taste of tears, each lick bringing up the worst memories in the licked