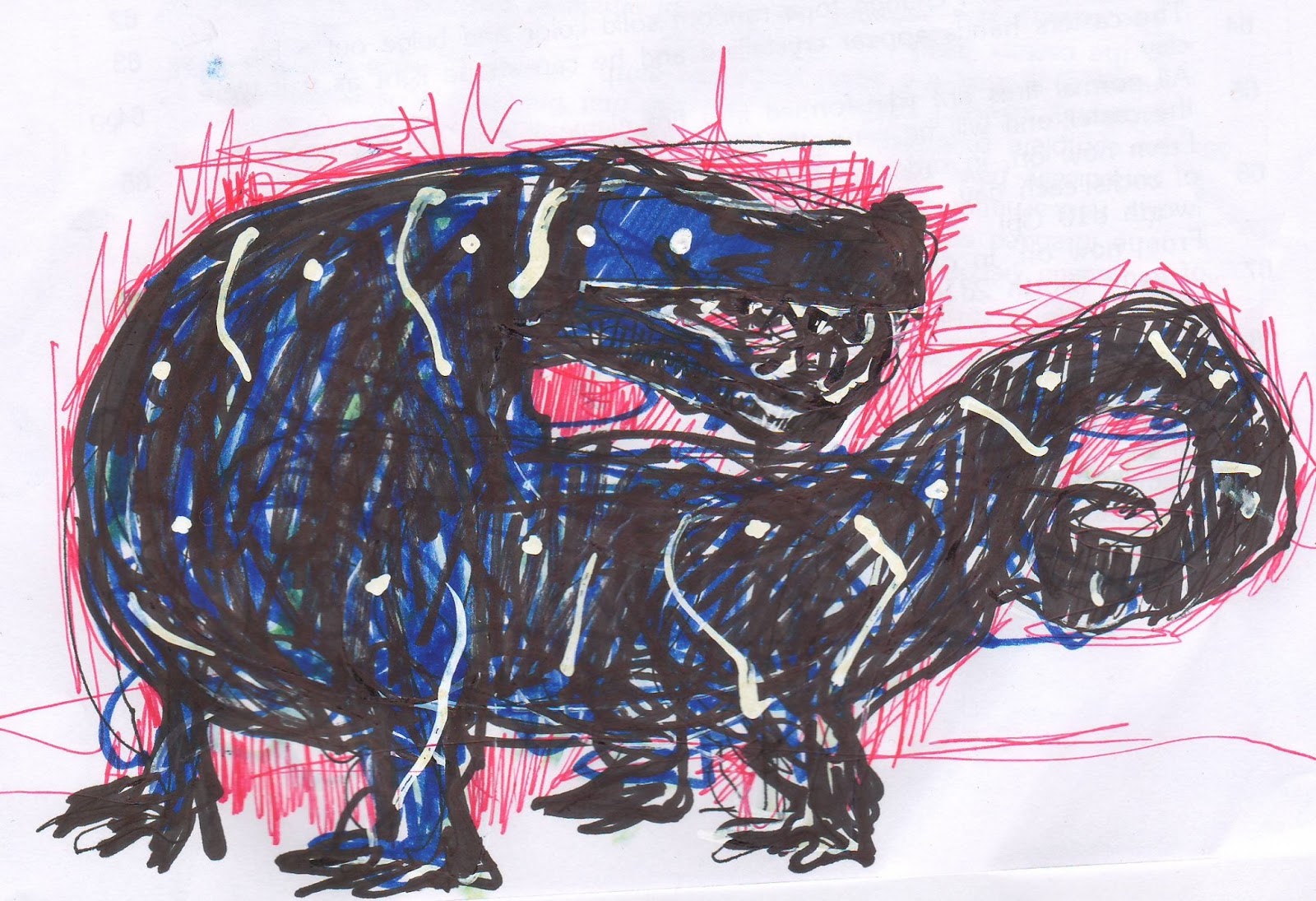 This guy. Tom Fitzgerald asked about a Gorgonopsia. Well they are pretty hard to make any more monstrous  They are basically like a pitbull/lizard/hyena cross. If you want something like a dragon but bestial and mythologically disposable ,  look to these guys. This one here is a Lurking Pulverine. Which means it is surprisingly stealthy and if you look at it and fail a save, you then believe you haven't seen it and rationalize away any evidence of its existence.


Patrick Stewart asked about Pituriaspida (and/or one of the Ostracoderms) . (basically really early proto fish which were a helmet with a tail) Which I had surprising trouble drawing (because they already look interesting but not in a dynamic way). Anyway the above and below are the ones I liked the best. The above is avenging angel of a dead long forgotten subterranean God. It fliess and shoots freezy beams.
The below (a glooming) is something that swims around the astral plane and makes fate tunnels when jumps out of the astral plane (to elude predators). A fate tunnel is a zone that can contaminate people spending too much time there, linking them to each other, so coincidence will conspire to intertwine their lives together.

Krytox! is obviously an transplanar bounty hunter and his dog. (Request from Joey Lindsey).
Krytox! is far far far too old for this shit. He was too old for this shit when the gods were an itch in the loins of a Titan. He is a battered, jaded , and inexorable veteran, relentlessly plodding away at a vocation he loathes, out of sheer bloody mindedness.
Reynaldo Mandrinan  said I should do something called a Squelch. Which is obviously a hagfish hag. Empowered by squalid magics (even by hag standards) it can secrete enough mucus to form a powerful external body , like an exoskeleton of necrotic fluid. They are given to periods of chronic catatonia and hibernation and their lairs can be mistaken for being abandoned and therefore safe, until the Squelch , rubber-boned emerges from a small, over-looked box in an attic or closet to restate her claim. 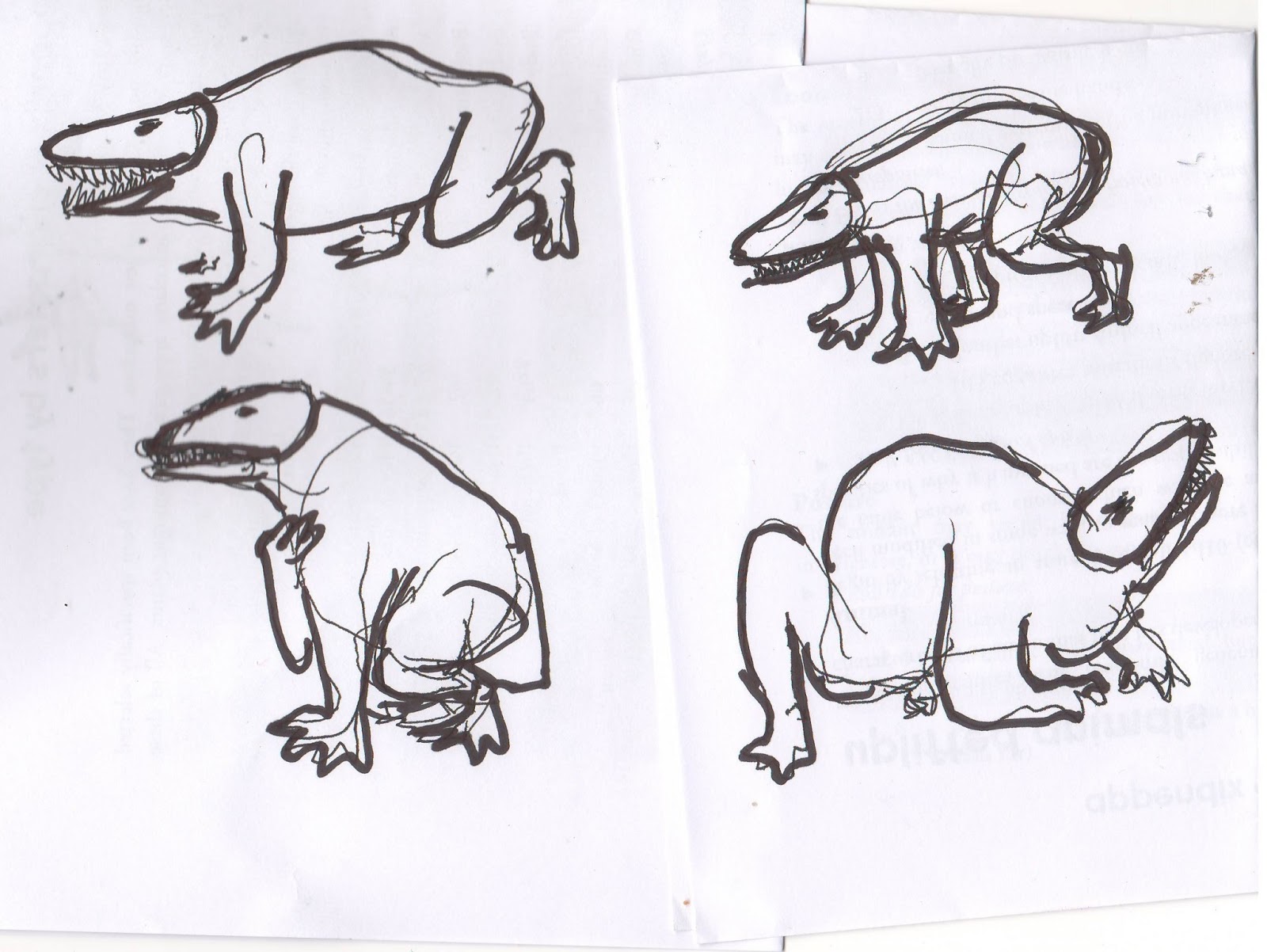 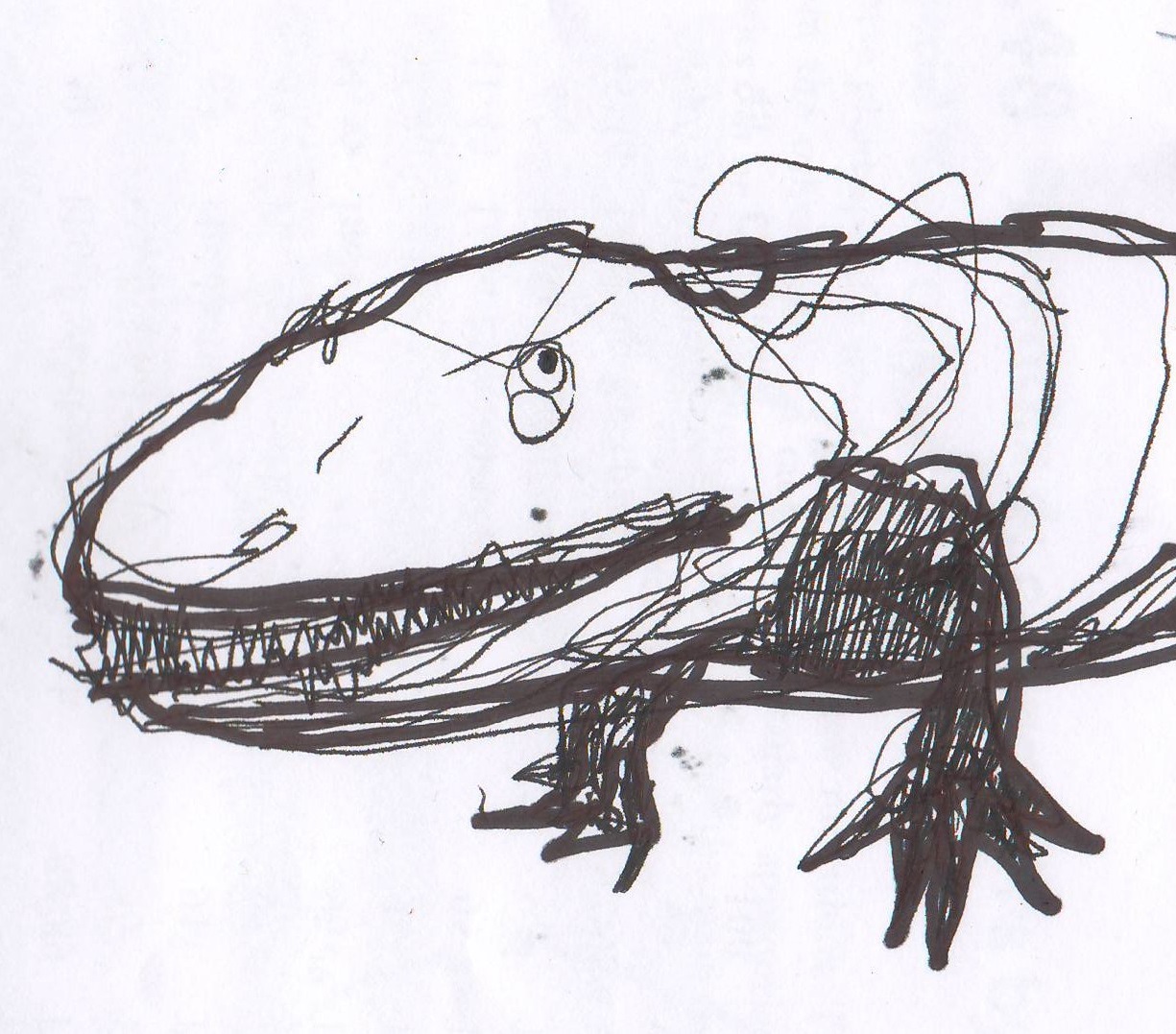 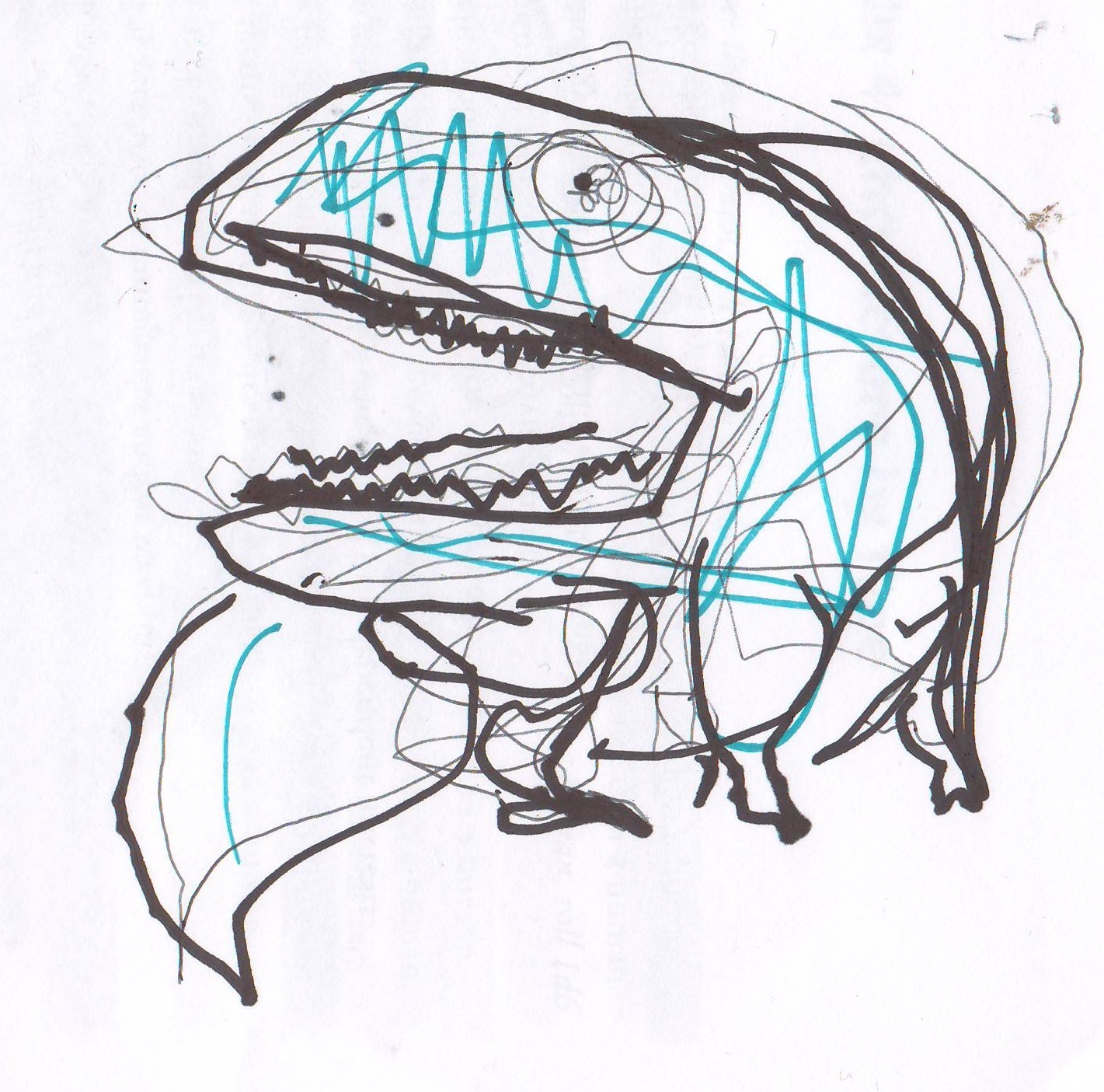 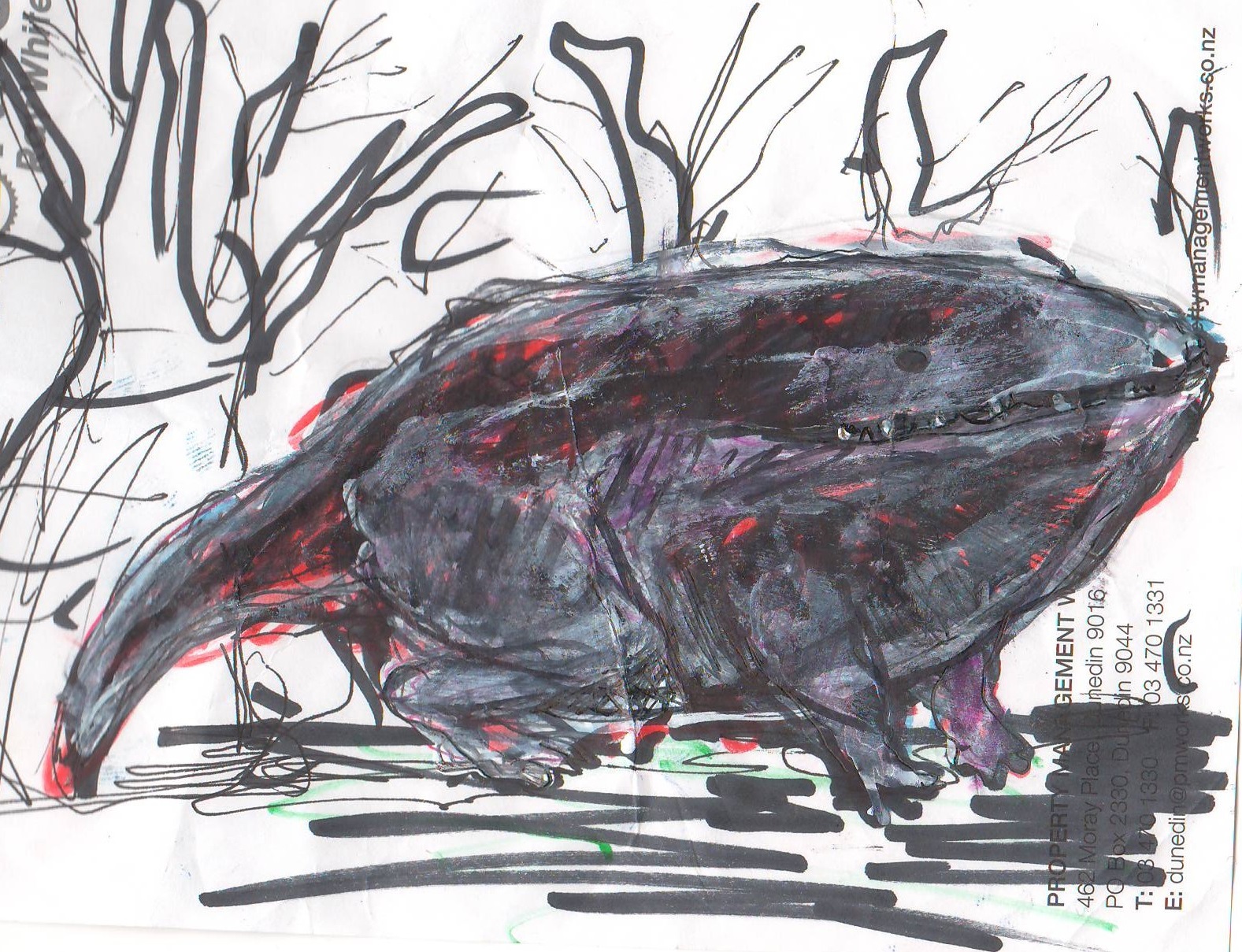 These are the giant amphibians that ruled the earth before dinosaurs. The immediate monster appeal is from the ones that were like crocodiles but with even bigger mouths, and the ones with a disturbing human looking yet  quadrupedal gait. The big mouthed ones are for making swamps and gladiatorial pits worse and should be given names like Guzzler, Miremaw , Globber-whole, and Hellmouth.  Their character should combine the manic depressive energy of the crocodile and the gross physical proportioning of a toad. A fist with a mouth.
The weird human walking ones should be a cross between Old Ones of Innsmouth and Fey, with certain nights in which they roam and baby swapping and odd offerings hung from trees. The "Cousins".


Mike Evans asked for this. It a giant floating eye , the only part existing in this plane of some godling voyeur. A bug torturing child on a cosmic scale. Attracted to Summonings.   Sometimes it just observes. Other times it makes something to observe.   The baneful magics it inflicts on you are actually just the effects of the godling thinking of you. Its ideas of you are realer than you are.

and he asked for this. It is a Gobbledegook. Which of course climbs down your chimney, eats half of your children , and ties your arms and legs together. Its form suggests not something originally human, but something mimicking human form in an alien and obscene caricature. Unfathomably malign.


Here is some reference pictures I am including because I don't think I did them justice. 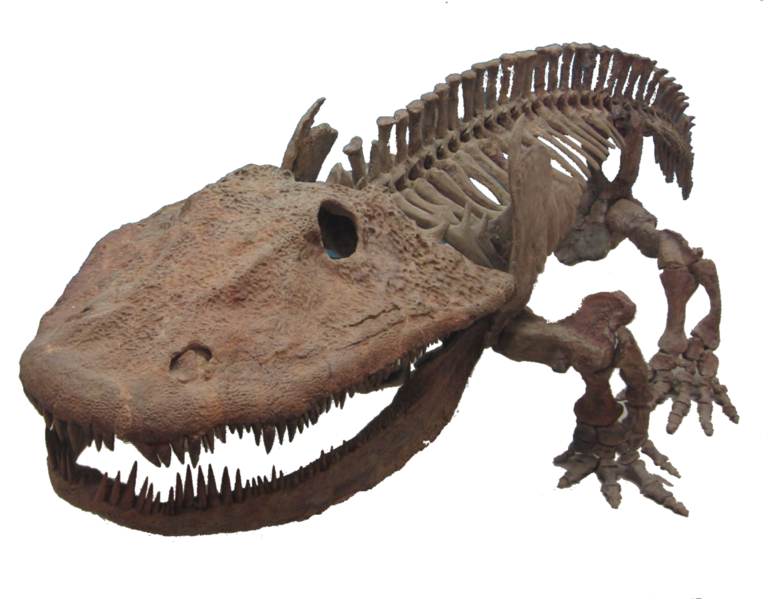 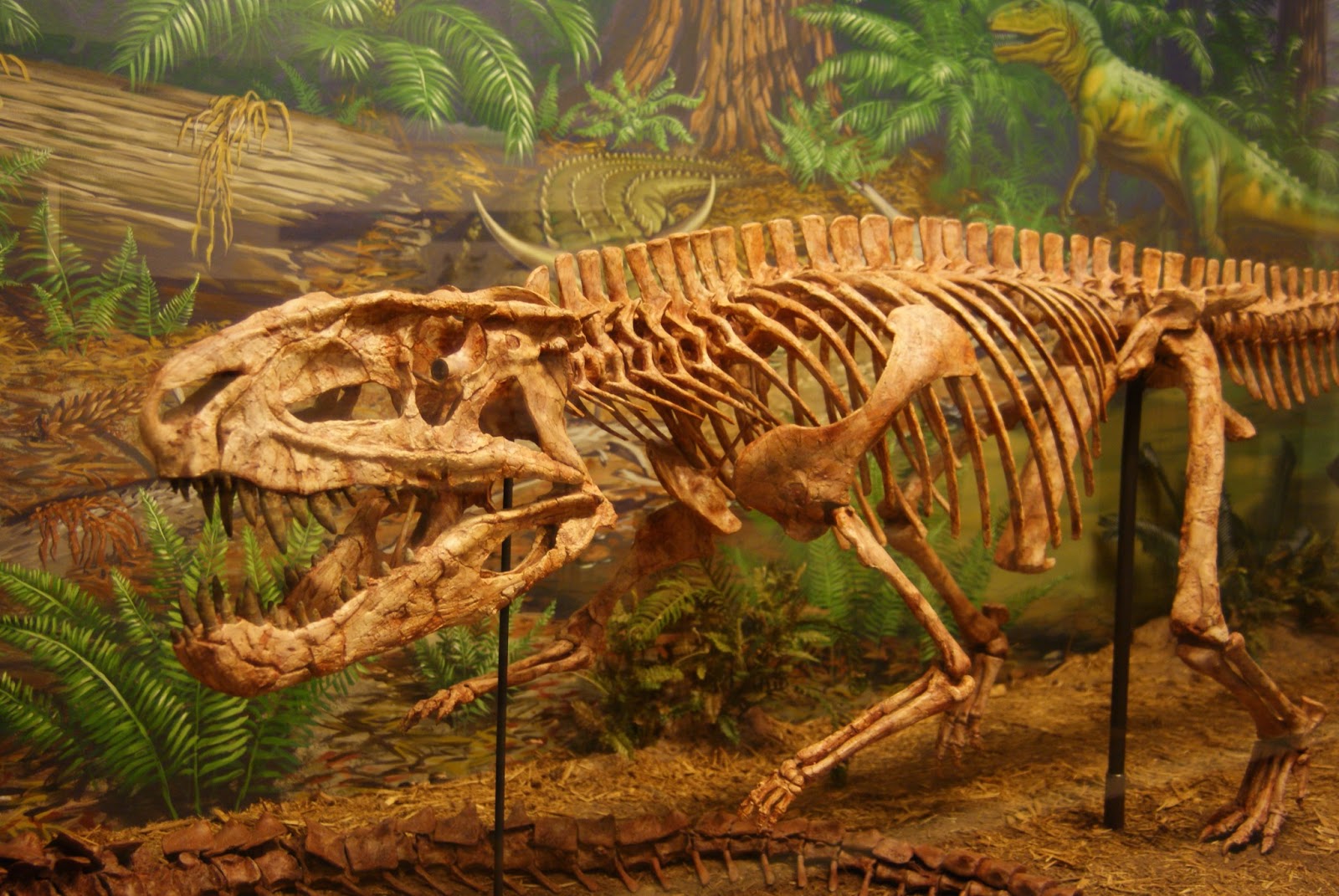 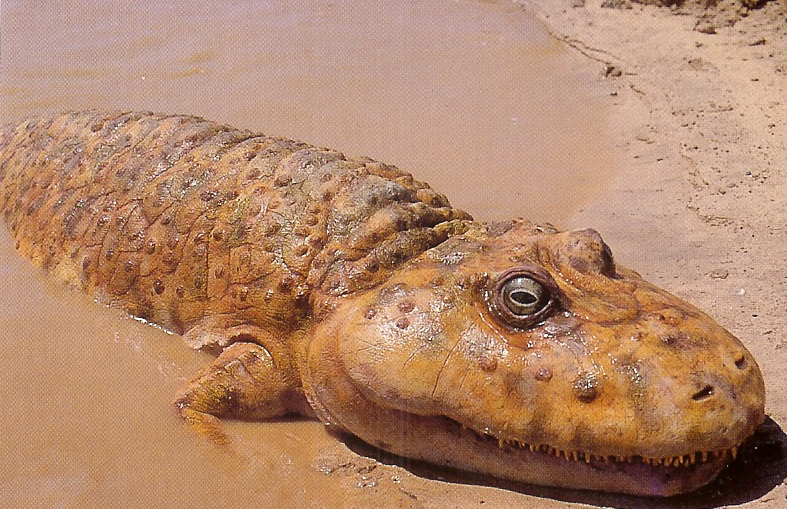 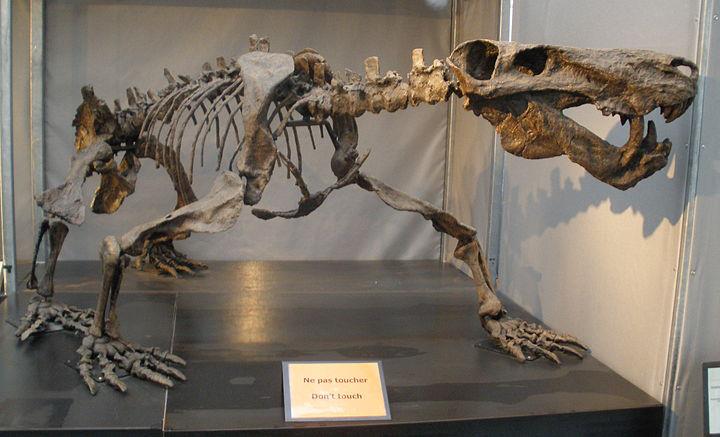 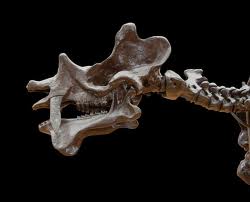