Since celestials are pretty much only going to see very occasionally npc use, my urge to  try and upgrade these guys is slim. You have all the assimon and some other dudes to use as well and they are all kinda bland. Think it stems from the fact is evil is things going wrong, and good is generally things not going wrong. And there is a lot more ways things can go wrong. I hate that "without evil how, good would have no meaning" tripe. If no-one was fucking with anyones shit, people would just get on  with their lives and it would be fine. Like I'm eating a sweet sandwich, and I'm not going, wahey this sandwich tastes so good because murders are happening.

Anyway, 4th edition made angels more like manifestation of energy or something and they were like, divine smart holy robots and made it so way more likely to have to fight them. Or something.

And in that really annoying fantasy novel people wouldn't shut up about, angels are like this abstract force of awe, and are described like a burning wheel  or a human with 3 sets of wings, the wings covering the face and genitals. And the represent such absolutes that they are dangerous.

So there's that option of making   celestial fun to use. Like reverse demon thing.

say, I'm doing this quickly here, but roll d3 for how many times you roll on the form table( and if the results seem mutually exclusive roll on sub table) and then roll once on the power and what does it do?!!!?! table

1 a glowing child with a echoing choral voice

8 some kind of farming implement formed from ice

9 a huge hand its voice coming from its palm

12 an inverted tree floating above the ground

13 a naked lady but with no nipples or sauce grooves

16 a cloud of tiny silver seahorses

19 A great turtle gently swimming through the air, with a tiny city on its back

20 A bronze bell of vast age

2: like a playing card, one is upside down and joined to the other

3; the celestial changes back and forth in a gentle manner

4 as above but rapidly , in an unnerving strobe effect

5: forms exist side by side , speaking with one voice

6: one form grows out of the other, in a way some how not completely hideous

What is its powers? roll 1d3 times

2: It can glow so bright, everything looking at has their eyes burst into flames

3:It has a weapon twice its body length that it uses with skill and fury

4: Its laugh causing healing to those it chooses and weakness and despair to some other people it chooses

5:magic spells as a wizard

6 magic spells as a cleric

8:mighty gusts of winds and lightning

10:turns people into animals/plants/bakedgoods/salt with a gaze

11:redirects spells at targets of its choosing

12: at will Command spell effect

15: Re arrange gravity as it sees fit

17:Blinks as blink dog, and can teleport opponents short distance

18: Can turn into flaming pillar

19:can sing a song that makes evil vomit up its organs

20:silence effect at will. Hold person with a touch

1:the party must be destroyed to prevent a great cosmic tragedy to happen. It is apologetic but ruthless

2:It will observe the party at distance, after announcing its intentions to do so, a hour later roll again on the table if the party has not done anything particularly foul or noble

3:It gives stern advices, and  heals moderate wounds and leaves. Roll again on this table a hour later.

4: It gives some cryptic advice , and attempts to confiscate something in the partys possession.

5:It flips out at the party in a icy fury, attempting to destroy them utterly

6:It engages the party in small talk, and if they seem friendly enough, offers a small favour

7:It demands a task to be completed or it will return in a week and destroy the party

9:demands the party cast out one of their memebers, for being evil or being too good and needing testing. Will try and destroy the party if they do not obey

10: Offers the party richs. If they accept , it scold them and will try and fuck their shit up in a minor way later

11:Offers to accompany the party and will aid them in not in the next obstacle they face but the one after that. Celestial does not announce this until the first obstacle.

12:Demands party accompany it immediately to destroy some nearby evil, possible of a power level too great for the angel and the party. Roll again on this table if the party refuses.

Now that I have done those tables, I'm gonna say that I don't think that type of angel is suitable for planescape. Ties too much into the unknowable awe style stuff that "we nicked shit from the gods and got pissed with their servants " planescapeness  deviants from.

But hey knock your self out.

A quick fix for the celestials would be have the aasimon  being really fruity, sensual, slightly high, like 70s rock and roll groupies. And have them always positive and relaxed. If they have to kill the party, its like "Ah I'm sorry little dudes, I gotta get harsh on you all, but death is but a journey" and  if they are dying in hell, "I fought most excellently and now will join my planes substance, so sucks to be you bogus devil dude"

Fuck it , now I'm making them sound like bill and  ted from bill and teds excellent adventure.

That is entirely acceptable to me.

The archon, who I'm now making the Nephilim because I wanted to used the name archon for tyrannical chess bastards, play them like a paladin with such a stuck on their butts, and not in the good way, make them so pompous and overbearing and righteous. It wouldn't be boring, but will be annoying as hell. More about them when I go to Mt Celestial.

There's a magic super elf celestial race too, but I'll get to them when I get to the chaotic good plane. Ugh. Superelves, with super magicnature powers. I'm looking forward to it. 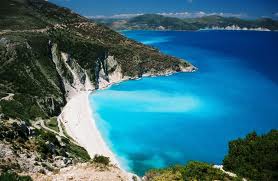 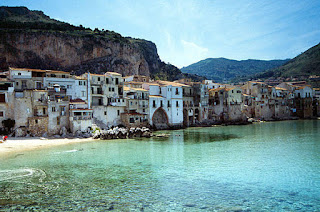 Okay the good planes, with Elysium being the really chill plane.

Guardinal are the dudes here, magic nice people with animal parts. This is keeping with the nature is nice nice animals good thing that's been a staple of fantasy ever since people did not have to deal with nature on a regular basis.

Which people are having fun with, and thats fiiiiiiiiine.

But, yeah, nah , lets give them absurd looking armour, keep the animal heads and make them like Jack Kirby norse gods. Enough said. Have floating space castles on the top/last layer of Elysium accessible by a rainbow bridge.

The rest of Elysium, the happy meadows, the exciting forests, the sandy desert and the swamp planes, lets full with ruins and make it full of amazing blue lakes, and little islands so it looks like the greek islands. There's a Nan Goldin photograph ( that is not it above) of the sea there that's a blue I would be happy to die looking at. So its nice , warm, a jasmine scented breeze, and ruins.

Because Elysium is like this restful place, lets have the the guardinals and resisdent aasimon collect entire fallen citys to keep here as monuments to the ceasing of work and war. So have greek columns protruding from azure lakes, stone lion lady Egyptian temple in the desert etc.

Do these ruins have all the gold and treasure and shit still lying in them?

Why yes, yes they do. Are the residents preferring it to be left there as museum thing? Yes.

Will the party have to sneak past them, to engage in "archaeology"? hell yes.

I can't decide if Hannah Barbara style energy blasts (with that classic sound effect) or continuous  burning red lines is funnier. conductive to an exciting adventure.

Back to the ruins, this would mean you could have all kinds of "oh this culture has been destroyed for ages, we'll never get to read the last half of mosaic that revels the secret weakness of the WorldEater wyrm, oh wait maybe there's some of their buildings in better shape in Elysium, I'm sure everyone there will understand that we are just some adventures wanting to look around and not touch anything"

Low level adventures? Have them find a portal, wander around, everything's lovely, they see some gold cups or junk in light dappled forest ruin, they steal it, a laser bear chases them , and you play yakty sax (that benny hill theme) as they run back to the portal. Have the portal activated by a poem that the player has to compose new everytime. To represent the effects of trying to compose a poem under stress, everyone gets to throw dice and pencils and biscuits at the player who's character is trying to come up with something.


AND THEN I FOUND SOME PICTURES  THAT RULE
so restating myself here Elysium can be all one big landscape and it starts as greek island lakes and the forest then desert then swamp and in the distance is the rainbow bridge to pure neutral good floating castle were the guardinals live: (and also I realised that I have to reskin something exactly like the eternals, so maybe the nephilium/archons? But then I don't want to be dicks? fuck it I'll just shove them in there somewhere)

bonus round
UMBERHULLLLLLK!for another art trade for this writer that like is the best 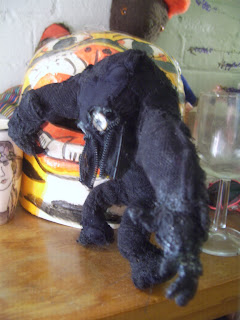 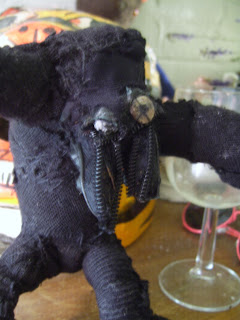 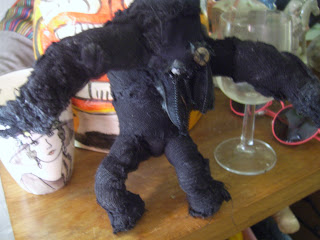