(another) POLAR BEAR AND BADGER , PLUS BLUE ROSE??

PDF Commissioned polar and badger. Next commission is a groove tube ape, and maybe a elephant sparrow. Then the random number generator says "Shark, giant". Now normally I have been not doing multiple entries of the a monster if its feels redundant, ie giant beetle, diving beetle. BUt I wanted to make another shark because sharks are awesome. So are beetles actually. And it would be kinda fun to do a diving beetle and boring beetle.. I think I was not doing this because originally I was making them vaguely in alphabetical order and I did not have the patience to make 6 beetles in a row.  But meh.
Look the Monster manual didn't have pictures for every beetle, or a goat AND a giant goat. So I don't have to make them. That does mean I should make all the golems, but that's awesome. And all the dragons, which is also awesome. BUt the giants.... yeah fuck it I'll make all the giants. I'll work out how to make them interesting when I get there. Don't talk to me about the dinosaur entry , there's like 30 different dinosaurs. No. I love dinosaurs, but if I wanted to make a tonne of dinosaurs , I would of called this blog "Paleontology via the medium of pants; a amusement of craft". I kinda wish I'd call this "blog raggedy ass monster manual" but I thought of that title afterwards. Dinosaursssss. grrrrrAAA!
Hey so speaking of Blue rose roleplaying system, through NECROMANCY I have obtained what is apparently a  leaked 2nd edition Yeah, it's a little different setting wise and it uses a different system, but there's a link here
blue rose secret leaked 2nd edition! woooooo imma ghost
Yes! Its for realsy! WHatsa matter you don't trust spirits from beyond or something?
And look
here's a map of the new world . A map! That makes it DOUBLE CREDIBLY 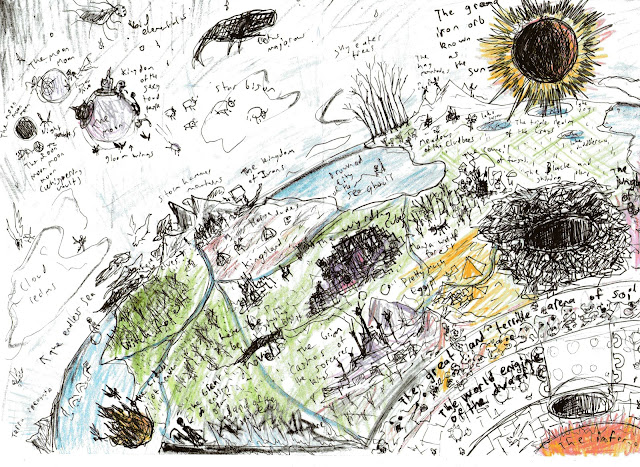 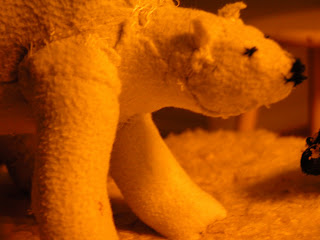 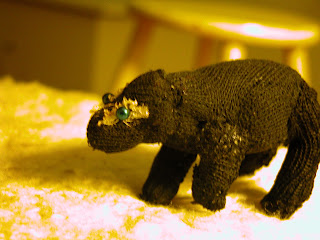 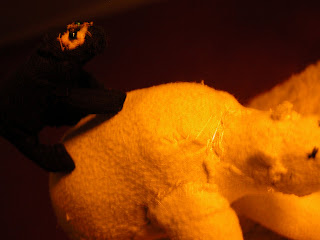 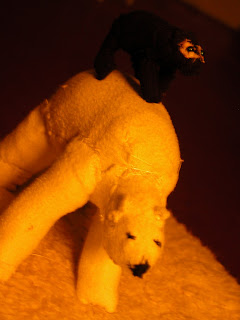 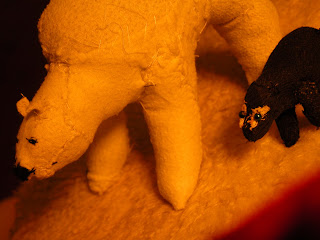 The badger looks like he skips meals for caffeine and the bear, well the bear could give a fuck.
Posted by scrap princess at 10:05